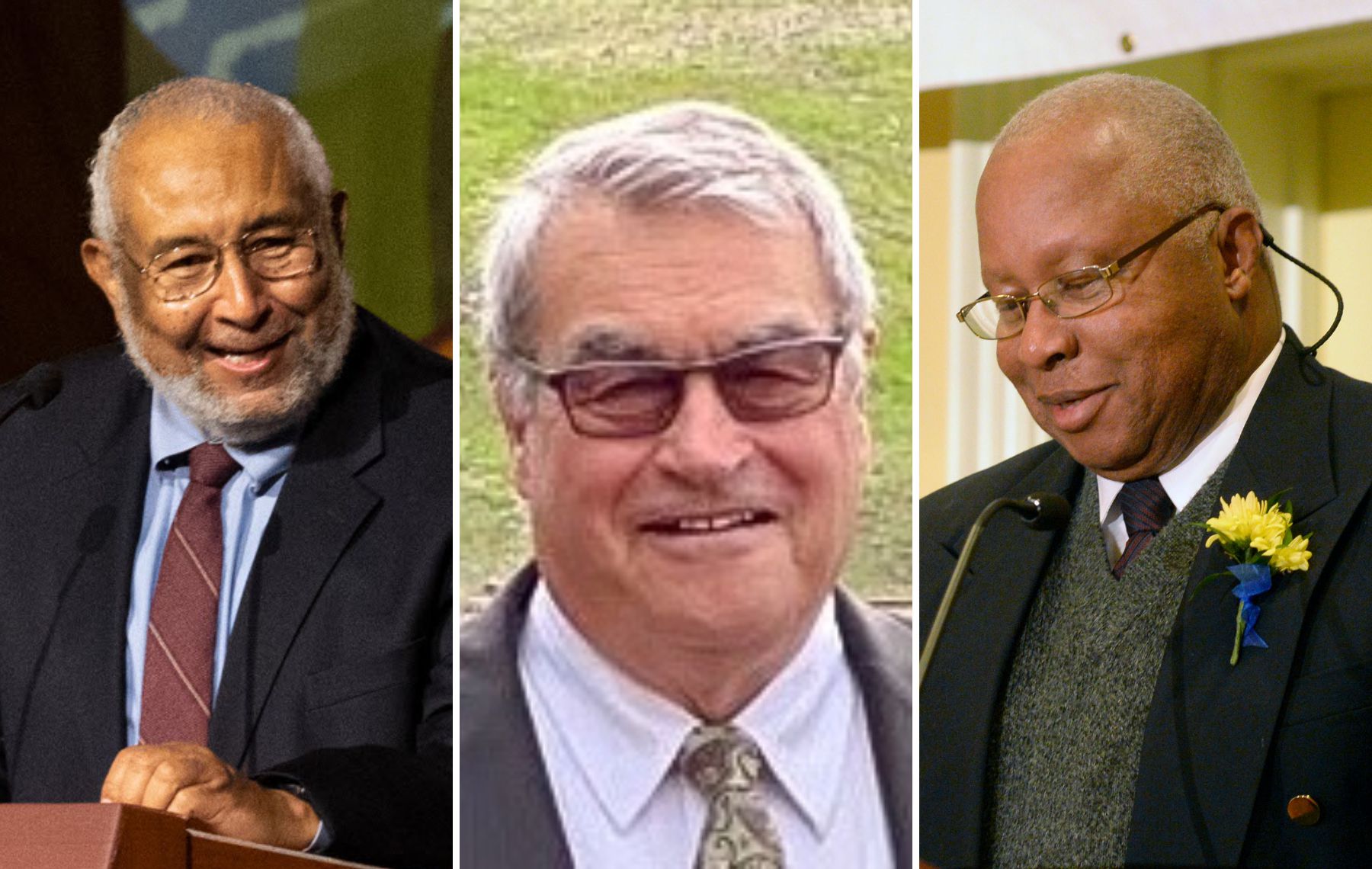 logan • According to four giants of the state’s civil rights movement, there’s more racism in the United States today — and in Utah — than there was when there were separate water fountains, food counters and hotel rooms.

Some 44 years ago this week, The Church of Jesus Christ of Latter-day Saints ended its century-long ban on black members from visiting its temples or participating in its all-male priesthood.

And it has worked with the NAACP — a former critic of the church — on joint statements against discrimination and several other projects.

But in the last five years there has been a “resurgence of insensitive comments and attitudes unlike anything I’ve seen before,” Darius Gray said during a recent panel discussion at the 2022 Mormon History Association conference at Utah State University.

“Forget separate swimming pools, where [Black Americans] only have access one day a week,” said Gray, a co-founder of the Genesis Group for Black Latter-day Saints who joined the church before the priesthood/temple ban was lifted.

Today, he said, he often heard other black Latter-day Saints across the country tell him, “I can’t do this anymore. I don’t feel safe in my home church [congregation].”

Some members are “guided by their politics rather than their religion,” he said. “Politics has been on the faces of certain people of color… and the church is no longer a comfortable place [for them] be.”

And, according to Grey, some contemporaries are even trying to turn back the clock of voting rights that have existed for 50 years.

The other three panelists — each of whom was a pioneer in efforts for racial integration, equality and education — shared Gray’s pessimistic view of current conditions.

“I’m hurt now,” said Larry Gerlach, a history professor emeritus at the University of Utah and author of Blazing Crosses in Zion: The Ku Klux Klan in Utah. “Well, when you’re coming to the end of your life and you see what’s happened to your country and you’re struggling to be optimistic, I don’t know. Racism … is endemic again.”

Gerlach said some teachers “may misuse the past for contemporary purposes, but the claims and concerns regarding critical race theory are grossly exaggerated and teachers must be trusted to teach responsibly.”

Trust once eroded “is difficult to restore,” he said. “The CRT controversy will pass. The bigger concern is trying to control what is taught in public schools.”

Americans should “never allow us and our children to forget the brutal and bloody racism that has sustained this country,” Gerlach said. “That means not just talking about the blatant racists who bought and sold people or lynched more than 3,000 black men and women. But also how governments—local, state, and national—and American society in general, condoned and supported human bondage.”

Religion is often used, he said, to “rationalize and protect both slavery and post-slavery racial discrimination.”

The retired professor is a member of the Southern Poverty Law Center, which prosecutes extremist and racist groups.

The US is “littered” with these organizations, he said. “And I keep asking myself, ‘What the hell is going on? I do not know. But the bigger question for me is: what are you doing about it?”

Grace Soelberg, a black woman in the audience, was raised in Davis County, which is under investigation for racial harassment of black students and where a majority of the population is of the Native Utah faith.

Soelberg asked the panelists what the LDS Church is doing or should be doing to combat racist behavior among its members.

“It was Mormon kids who bullied me the worst and the most,” Soelberg said. “I would sit in Sunday school with them, and then they would call me the N-word at school.”

Peterson, a Latter-day Saint, wants his Church leaders “to use the pulpit more than every six months [at General Conference]’ to talk less about ‘Old Testament issues’ and more about ‘what they firmly believe men ought to do’.

These Latter-day Saint leaders need to “get themselves involved, be out there with the people and find out what’s going on and tell them the truth.”

It can’t be advice “in abstract terms,” ​​Peterson said, but is aimed more specifically at members such as those in Davis or Cache districts.

When Latter-day Saints “do not follow the Savior’s teachings,” Peterson said, the Church has “a problem.”

Ronald Coleman, a native Californian who succeeded Gerlach at the U., had little if any knowledge of Mormonism or its history when he arrived at Utah’s flagship university.

But he had played on the school soccer team, made many friends on campus, and eventually completed his master’s and doctoral theses on the LDS priesthood/temple prohibition.

Others have written about it, Coleman said during the panel, but not from an African-American perspective.

This eventually led him to a career teaching African American history and ethnic studies at the U. and on any committee that needed a black voice and presence.

“I thought I would stay here for about four or five years. I ended up having a career opportunity that only God can recognize,” said Coleman. “I spent 42 years there… It was a good place for me.”

At the end of the discussion, Gray gave a sermon of sorts.

“What is at the core of our being?” he asked. “Are we political creatures or are we children of God? Or are we brothers and sisters or members of the political school of thought?”

What would he change?

“I would make us,” Gray said, “to follow the Master’s teachings.”

https://www.sltrib.com/religion/2022/06/09/more-racism-today-than/ Racism is “endemic” in the US, Utah and the LDS Church, say panellists

NASA's billion-dollar James Webb telescope is hit by a micrometeoroid

Boris Johnson is putting a £1,600,000 south London house on the market