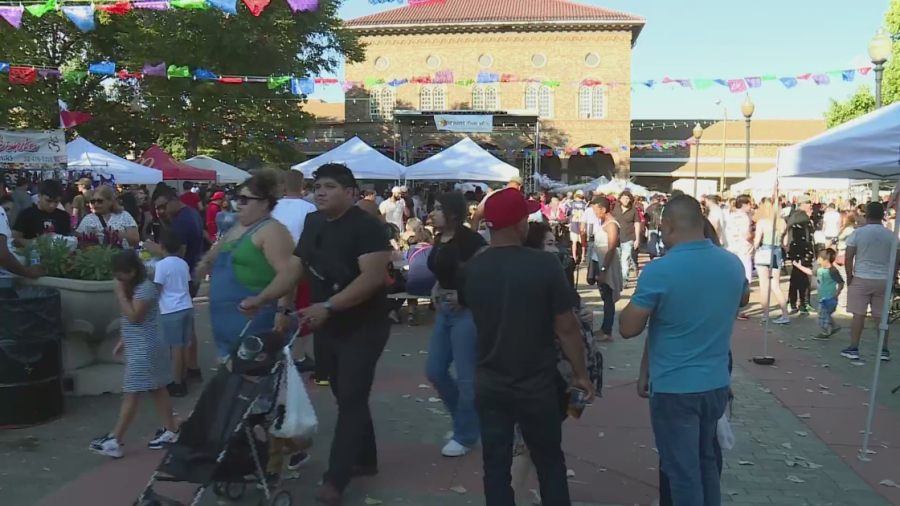 ST. LOUIS – This weekend’s Hispanic Festival at Soulard Park has added meaning as attendees celebrate a diamond hero in the form of Cardinal Bat Albert Pujols.

The man nicknamed “The Machine” is one of only four men – and the first foreign-born player – to hit 700 homers in the major leagues.

Fans said it was hard to describe watching the moment Pujols hit his 700th home run.

“It’s like eating chocolate. It’s so rewarding, you know, when you see something like that and it just feels good,” said Eliseo Barrera.


He said it was a historic moment and not just for Cardinals fans.

“It’s a big deal, not just in baseball, but I mean like you said he’s Hispanic and he’s got this here today; the festival, you know, it just adds to it more to be proud of,” Barrera said.

People at the festival said seeing Pujols at Barry Bonds, Hank Aaron and Babe Ruth and the 700 Club makes them proud for the Latino community.

“It just feels good to see someone like him do that, especially with his history at St. Louis, and you know for us as Latinos it’s obviously a huge accomplishment and just something to be proud of. It’s like, ‘Oh, he did it,'” Barrera said.

Fans said it was great to see everyone rally around Pujol’s performance.

“It makes everyone a Cardinals fan that they’ve never been before, which is cool, but after that they’ll wane,” said Sharon McDaniel. “But I’m enjoying it and I’m having a great time and I think everyone else is too.”