Added to wishlistRemoved from wishlist 0
Add to compare
$326.99 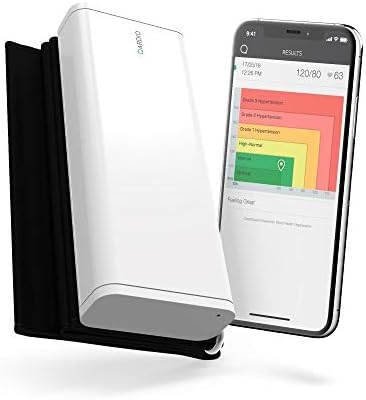 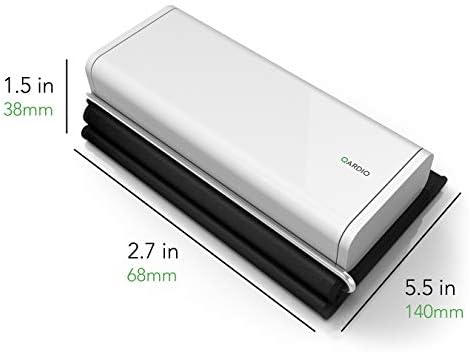 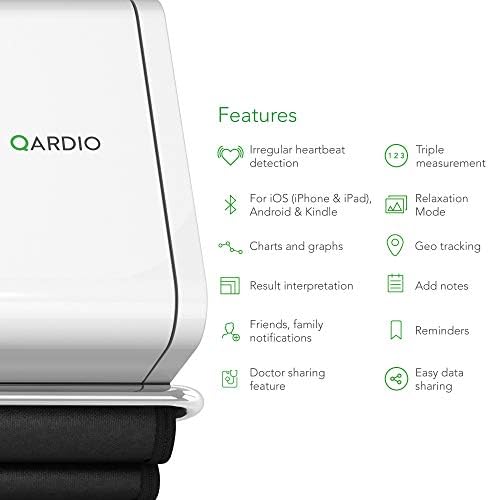 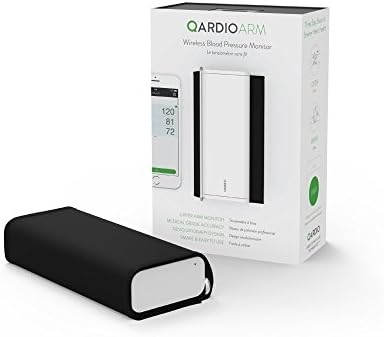 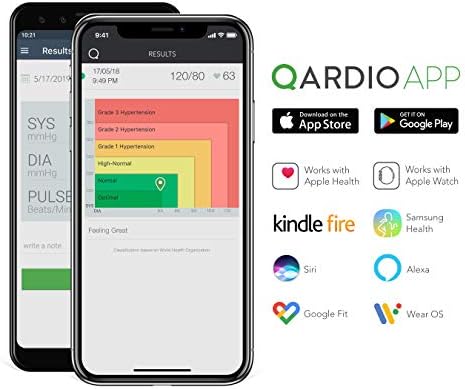 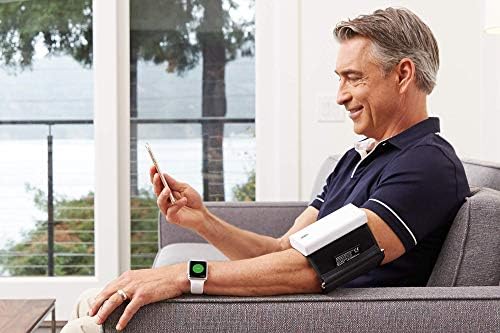 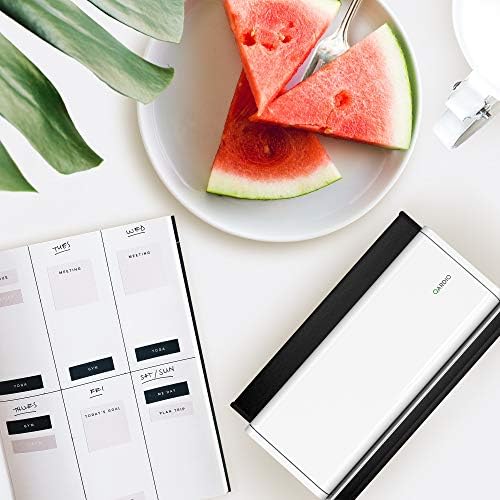 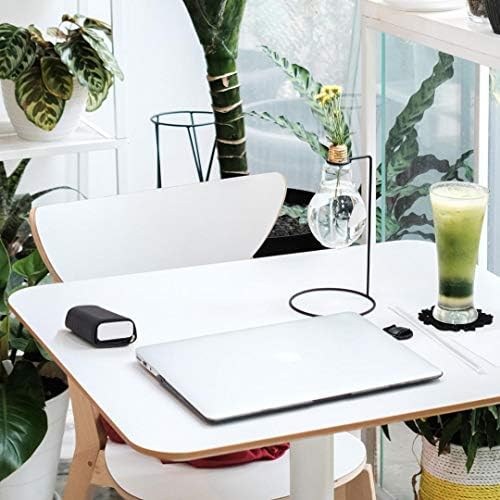 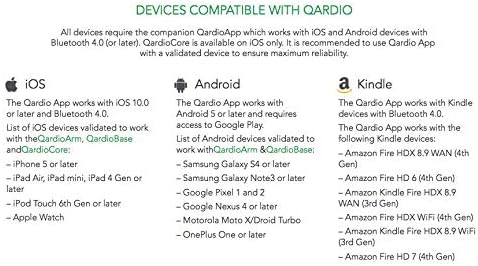 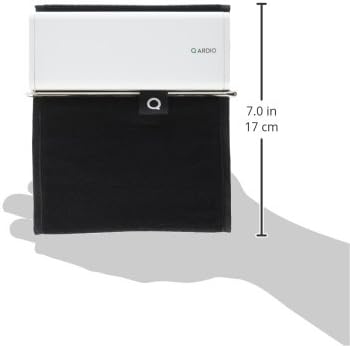 DEVICES COMPATIBLE WITH QARDIO
All devices require the companion QardioApp which works with iOS and Android devices with Bluetooth 4.0 (or later). QardioCore is available on iOS only. It is recommended to use Qardio App with a validated device to ensure maximum reliability
iOS
The Qardio App works with iOS 10.0 or later and Bluetooth 4.0
List of iOS devices validated to work with theQardioArm, QardioBase andQardioCore
– iPhone 5 or later
– iPad Air, iPad mini, iPad 4 Gen or later
– iPod Touch 6th Gen or later
– Apple Watch

EASY SETUP: wireless, connects to your smartphone via free App. Works with Apple Watch or Android Wear (iOS 10.0 or later, Kindle, Android 5 or later, Android Wear and Apple Watch. Requires Bluetooth 4.0.and up).
SMART DESIGN: this stylish, very light and portable, one-piece wide-range cuff fits standard to large adult upper arms 8.7-14.6 in circumference (22-37cm), fully wireless, light, discrete. Battery life up to a year of frequent use.
SECURE DATA MANAGEMENT: store, monitor, track your progress in your app, on demand sharing with your family or doctor (in app or via email).
ADVANCED FEATURES: measurement charts, multi-user, reminders, add notes, irregular heart beat detection
DATA SHARE: QardioArm can be paired with up to eight smart phones or tablets at any given time. Share your data automatically with friends and family using the in-app function or send your results to your doctor via email.