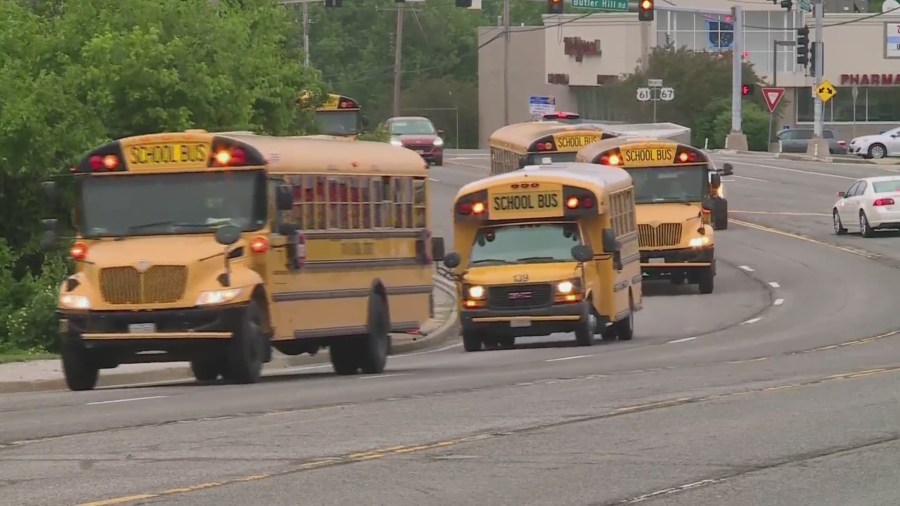 ARNOLD, Mo. — A well-known school bus driver who worked in the Fox C-6 school district died earlier this week after being hit by a car. A fleet of buses formed a procession on Friday to commemorate 72-year-old Dennis Abelin.

He worked as a district bus driver for eight years and often shared stories of how proud he was to be a US Navy veteran. His colleagues said he was missing.


“He will be really missed,” said his colleague Vince Janson. “It was a tragic end to a beautiful life.”

To hold back tears, more than 40 bus drivers from the Fox C-6 School District joined the procession.

St. Louis County Police said Abelin was hit and killed by a 16-year-old driver Tuesday at the 3200 block of Country Hollow Drive. Police are currently investigating the accident as a homicide.

“Any bus driver is a loss, but he was outstanding. Everything he did was top notch. You could always count on him to help you,” said another colleague, Gary Cross.


A makeshift memorial stands in his honor in the district’s bus park, and his colleagues drop by throughout the day bringing stuffed animals and flowers. They wanted to memorialize him and say he proudly served the district.

“All drivers liked him. He made things for her every day. He’s fueled their buses, got them started…and always helped everyone he could,” Cross said.

Authorities said the 16-year-old stayed at the scene after the accident and cooperated with officers. He was arrested and handed over to family court.

Burial arrangements for Abelin are still pending, and police said the fatal crash is still under investigation.