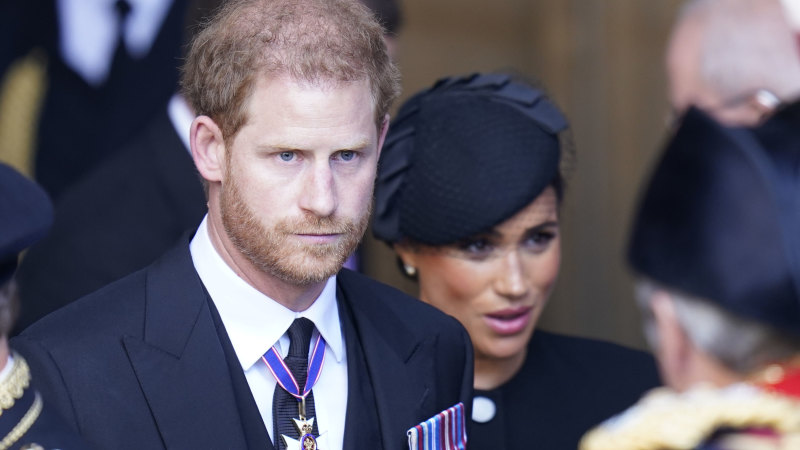 And with four major television interviews this week to accompany his worldwide book launch on Tuesday, it now seems inconceivable that he’ll ever be able to fully reconcile them.

If his all-out charm offensive gave the Sussexes a little oomph after their Netflix series last month, the last few days of the world’s press picking apart his memoir have dented that. He has been mercilessly ridiculed at home and abroad – even in the United States, where the couple is viewed rather favorably.

The book seems to provide great fodder and gossip for both readers and journalists, but it’s clear that it was a major act of self-sabotage. Yes, it has kept his family financially secure over the long term, but it has undoubtedly ended any chance that he could be publicly redeemed in the eyes of the silent majority.

His grotesque disclosures of his sexual activities and recreational habits may earn him short-term praise for his honesty from a certain demographic, but they will ultimately place him next to the bearded lady on the sideshow alley freak show.

There really isn’t much reason to tell the world whether he and his brother, a future king, are circumcised or not. If anything, it’s the kind of nasty invasion of privacy he’s long lamented.

A journalist should never complain about honesty and transparency, but there is no doubt that reporting on his tours of Afghanistan, detailing the number of Taliban scalps he has captured, could also put his security at great risk.

The charm and fascination of William and Harry lies in the fact that a generation has grown up with them and shared so many intimate moments after their mother’s death, their marriages and the birth of their children.

And while his father and brother remain silent, only making background comments from their spokespeople that they hope a reconciliation is possible, Britain appears to have finished with them. And if the reactions from other far flung parts of the world are to be believed, the UK is not alone.

Once the most popular royal, Harry is now among the least. His wife Meghan is second only to Prince Andrew, who has been accused of a historic report of sexually assaulting a minor, Virginia Giuffre (a claim he denies, although the parties reached an agreement last year).

When your family tree is perhaps one of the best-documented in western history, it takes a lot to really stand out from the crowd. And thanks to that lineage, we know Harry’s latest endeavors aren’t even all that original.

In 1951, scandalous royal memoirs revealed a tale of press encroachment, casual racism, stuffy courtiers refusing to modernize an outdated institution, and a man who fell in love with a divorced American woman.

Autobiography of Edward VIII A king’s story, was penned in from exile in France. Seven decades later, a new version of an old story has emerged, a telltale tale of press intrusion, casual racism, stuffy courtiers refusing to modernize an outdated institution, and a man who falls in love with an American divorcee.

Edward’s decision, rightly or wrongly, forever damaged his own legacy and personal family relationships. Ultimately, the monarchy survived and thrived without him. Those who stayed behind to pick up the pieces to serve selflessly will be remembered forever.

Charles and William are said to be seething over Harry’s actions and heartbroken over his decisions. Both plan to remain silent in dignity.

Harry may be world famous now, but after his 15 minutes he will eventually return to exile with little money or Gravitas. And then, most likely, he will be forgotten.

https://www.smh.com.au/world/europe/prince-harry-s-revelations-are-a-major-act-of-self-sabotage-20230108-p5cb1w.html?ref=rss&utm_medium=rss&utm_source=rss_world Prince Harry’s revelations are a massive act of self-sabotage

Will home renovations and new builds get easier or cheaper in 2023?