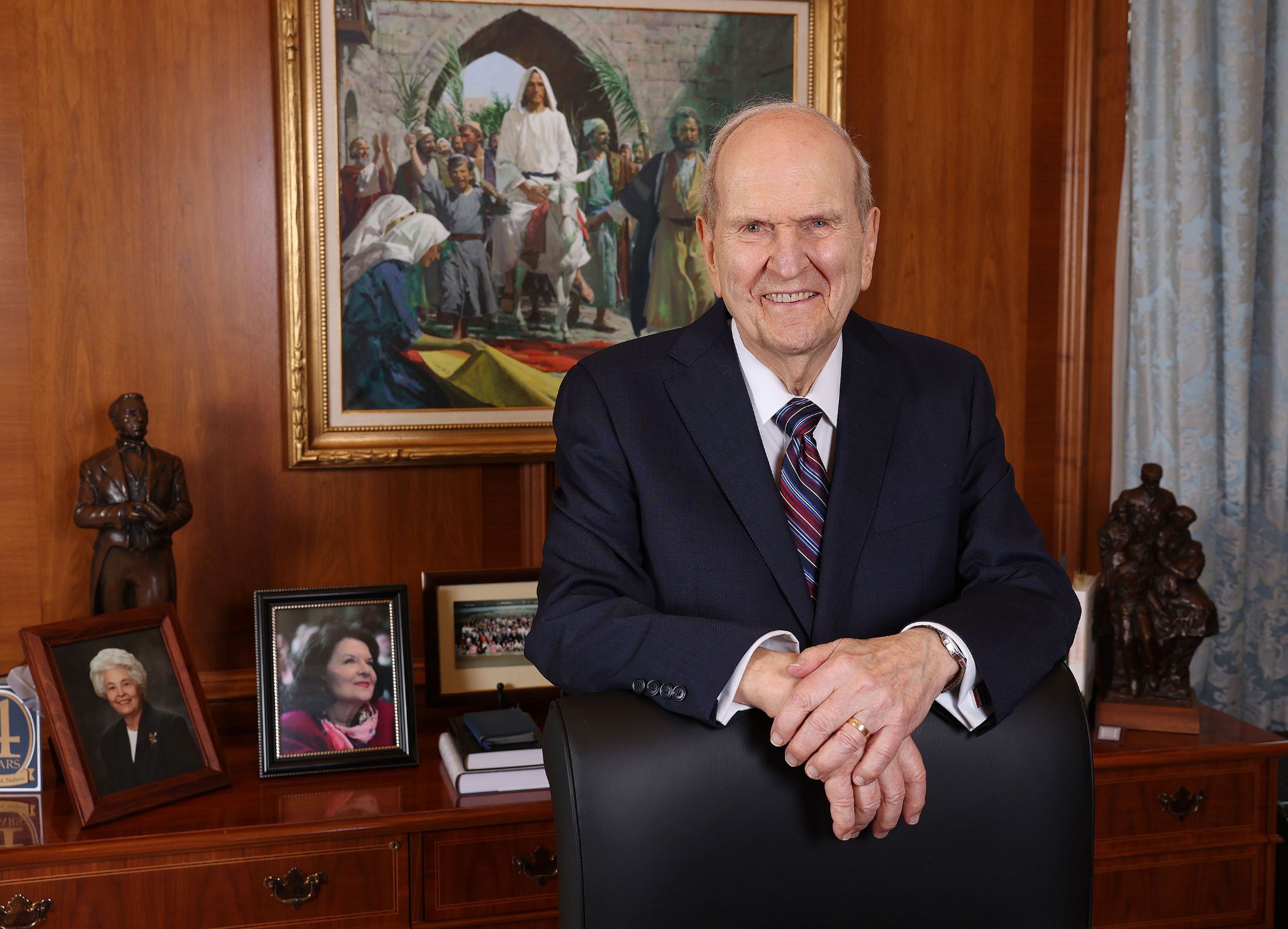 The biographer denies that the late Apostle published a second edition against the wishes of then-President David O. McKay.

(The Church of Jesus Christ of Latter-day Saints) President Russell M. Nelson smiles in his office at the Church Administration Building on April 13, 2022 in Salt Lake City. Church leader urges people to do more than just offer “thoughts and prayers” in the wake of tragedy, by seeking ways to help those in need.

Are you a Patron of Mormon Country? Keep supporting us Patreon and get exclusive access to religious content for Salt Lake Tribune subscribers only, expanded newsletters, podcast transcripts, and more.

“Thoughts and prayers” in the wake of tragedy and for those in need are all well and good—ordained even by God—says President Russell M. Nelson, leader of The Church of Jesus Christ of Latter-day Saints, but these requests should include the desire to act.

“When I pray to God for direction on what I can do to serve, lift, love and support those in need,” Nelson wrote last Thursday, the National Day of Prayer, “he answers those prayers with specific and simple things I can actually do to bless one of his children.”

The church leader then urged others to do the same.

“Consider how your thoughts and prayers can be a catalyst for God to inspire and guide you in acts of kindness, compassion and generosity,” Nelson said. “Imagine how much good you could do.”

Actions, according to this mindset, can speak just as loud, if not louder, than words—even words spoken on bent knees.

“Mormon Doctrine,” the late Apostle Bruce R. McConkie’s popular but polarizing encyclopedic exploration of Latter-day Saint teachings, may be out of print, but it continues to hold a privileged and frequently visited place on many members’ bookshelves.

And it still generates devotion, discussion and disputation.

For example, much is written about the displeasure of Church leaders with the volume’s authoritative tone and some of its tenets.

But in a recent interview for Kurt Manwaring’s From the Desk, biographer Dennis B. Horne takes issue with widespread reports that McConkie went against the wishes of then-church president David O. McKay by publishing a second edition.

“Absolutely not,” Horne insists. “It’s one of those untruths that unfortunately makes the rounds.”

As evidence, he points to this statement by McConkie’s son:

“On July 5, 1966, President McKay invited Elder McConkie to his office and authorized the book to be reprinted subject to changes made and approved,” Joseph Fielding McConkie relates. “…Mormon Doctrine was reprinted in 1966, and its author was called to the Quorum of the Twelve in 1972—the Quorum of the Twelve Apostles would be called to fill a vacancy on that body. Whatever faults one might ascribe to Bruce McConkie, no one who knew him could question his integrity or his discipline, especially when it came to matters of priesthood governance.”

(Evan Agostini/Invision | AP) Maisie Williams attends the premiere of the final season of HBO’s “Game of Thrones” at Radio City Music Hall in 2019. She will star in “Sinner V. Saints,” about a former beauty queen accused of kidnapping and raping a Latter-day Saint missionary.

• The Manacled Mormon case – in which a former beauty queen was accused of kidnapping a Latter-day Saint missionary in England and forcing him to have sex – is being adapted for a feature film starring Freddie Highmore in The Good Doctor, starring Maisie Williams “Game of Thrones”.

• Historian Benjamin Park argues in a recent Washington Post article that Orrin Hatch helped transform Latter-day Saints into one of the most reliable Republican voting blocs. This week, Park talks about the late Utah Senator, his influence, his politics, his piety, and his place in history.

• Mormon scholars who appeared on last week’s Mormon Land podcast say that “Under the Banner of Heaven” falls short on some counts, but note that Latter-day Saints still learn much about themselves from the miniseries be able.

Read the excerpts and listen to the podcast.

• Religion News Service columnist Jana Riess is concerned that Apostle Dale Renlund’s general conference warning not to speculate about the Heavenly Mother will stifle all talk about her?