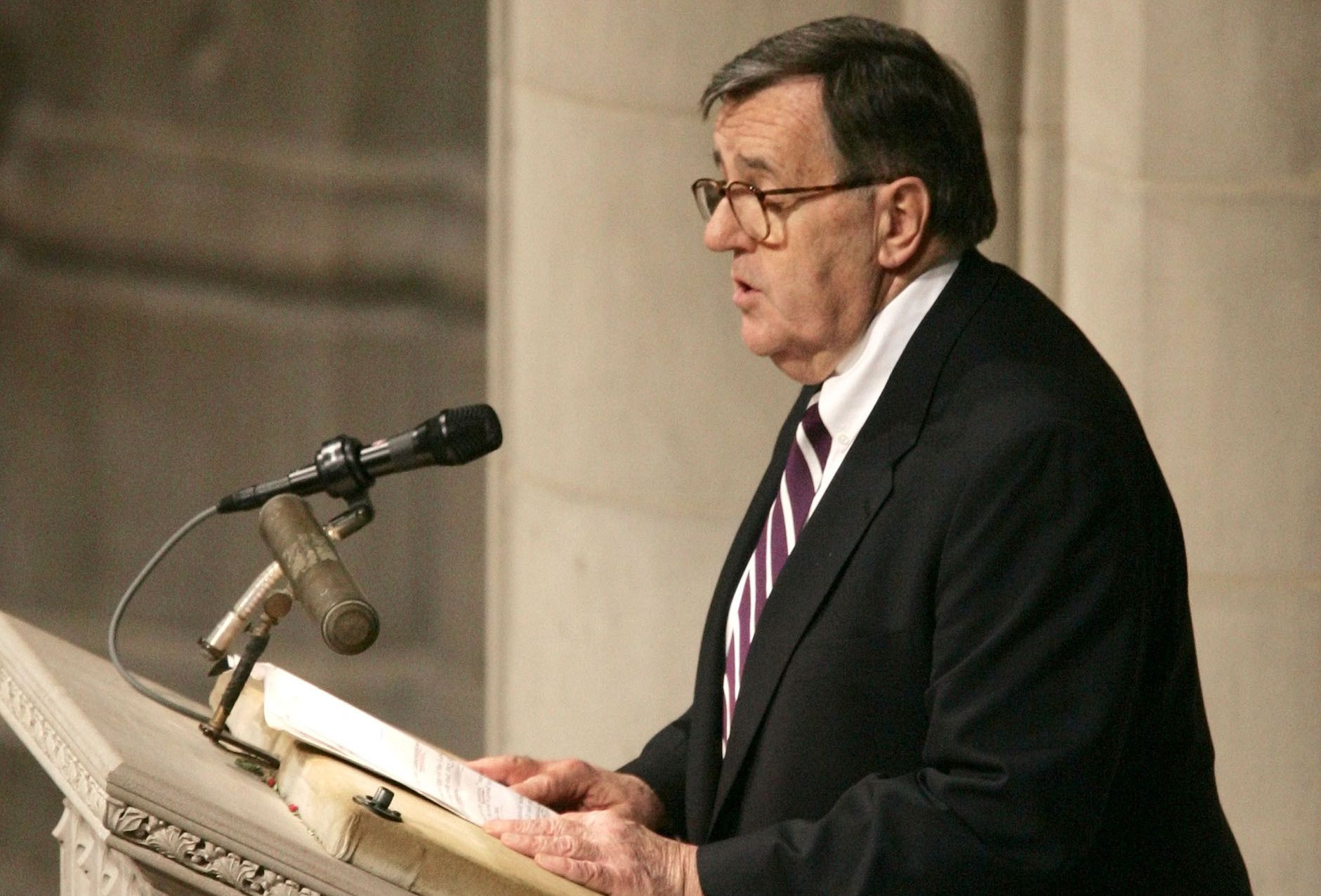 CHEVY CHASE, Md. – Columnist and political commentator Mark Shields, who for decades shared his insights into American politics and his wit on PBS NewsHour, died Saturday. He was 85.

Shields was a regular on the show beginning in 1987, the year the show began, and stepped down from his regular Friday night discussion segment in December 2020. He had worked with David Brooks since 2001 to provide analysis and commentary on their weekly Shields & Brooks segment and during election specials and conventions and before that with David Gergen and Paul Gigot, according to PBS NewsHour. His tenure there comprised six presidencies.

Brooks tweeted his 2020 tribute to Shields in the New York Times, calling it “an attempt to capture one of the best and most popular men” he had ever known.

“We’ve had thousands of disagreements over the years, but never a second of bitterness,” Brooks wrote in the article. “Mark exudes a generosity that enhances all who come into his light.”

Judy Woodruff, PBS NewsHour Host and Editor-in-Chief, tweeted that she was “heartbroken” to share the news of Shield’s death, noting that his wife Anne was by his side at his death. For decades, she said, “Shields impressed us with his encyclopedic knowledge of American politics, his sense of humor and, most importantly, his big heart.”

A native of Weymouth, Massachusetts, he graduated from the University of Notre Dame and served in the US Marine Corps, according to PBS NewsHour. According to PBS NewsHour, he began his career in Washington in 1965 as a legislative assistant and speechwriter for Senator William Proxmire of Wisconsin. Three years later, Shields joined New York Senator Robert F. Kennedy’s presidential campaign and later worked on numerous campaigns. In 1979 he began writing a column for The Washington Post, which was later distributed by Creators Syndicate.

Shields was a host and panelist on CNN’s Capital Gang from 1988 to 2005 and a regular panelist on Inside Washington from 2005 to 2013, which aired on PBS and ABC. He also wrote On the Campaign Trail, an account of the 1984 presidential campaign.

niece Carolyn Ryan, editor-in-chief of the New York Times, tweeted: “It is so sad to announce that my Uncle Mark Shields passed away this morning. He was a special guy: full of heart and wisdom and love. Love for politics, for sport and for so many people.”

Knowing and working with Shields has been a privilege, PBS NewsHour senior correspondent Amna Nawaz tweeted.

“Truly unique. Mark’s intellect, wit and heart were second to none,” she wrote. “I left every single conversation I ever had with him smarter and smiling.”