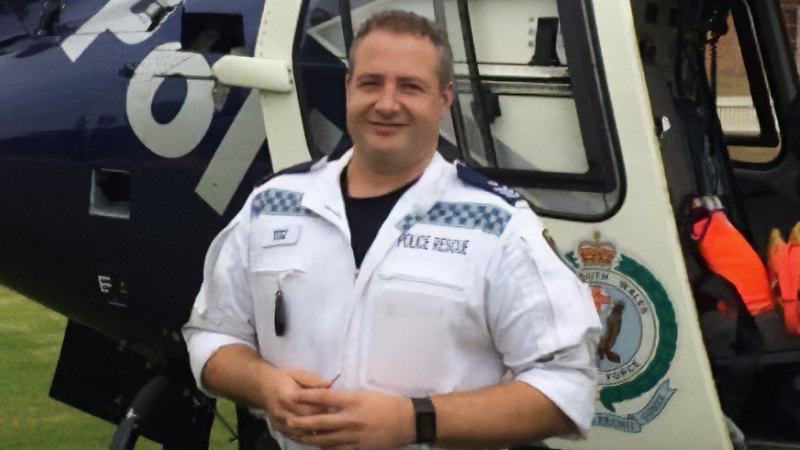 He was on vacation with his family near Narooma.

“Sergeant Stone was well liked by all who knew him and we are not surprised by his selfless actions,” said Karen Webb, NSW Police Commissioner.

“His death is a tragic loss for NSW Police and my thoughts are with Peter’s wife, family, friends and colleagues at this terribly sad time.”

Surf Life Saving NSW said nearly 1,000 rescues had been carried out since Christmas as people flocked to beaches across the state.

Rips are dangerous currents that emanate from the shore, pulling swimmers away from beaches and responsible for many deaths on the East Coast each summer.

On Tuesday afternoon, another father drowned after trying to save his daughter from a rift near Forster.

Emergency services were called to Back Beach in Black Head, about 25km north of Forster, around 3pm after reports that a man had been pulled from the water unresponsive.

Police were told the 42-year-old man went into the water after his daughter fell into a crack and was also caught. A surfer brought the girl to shore before returning to the man, who didn’t respond when he reached the beach.

Police said members of the public performed CPR until paramedics from the NSW Ambulance arrived, but the man could not be resuscitated.

The police are conducting further investigations and a report is being prepared for the information of the coroner.

Anyone with information regarding this incident is urged to contact Crime Stoppers: 1800 333 000 or https://nsw.crimestoppers.com.au.

Prince Andrew photo not fake, says photographer who sourced it in 2011