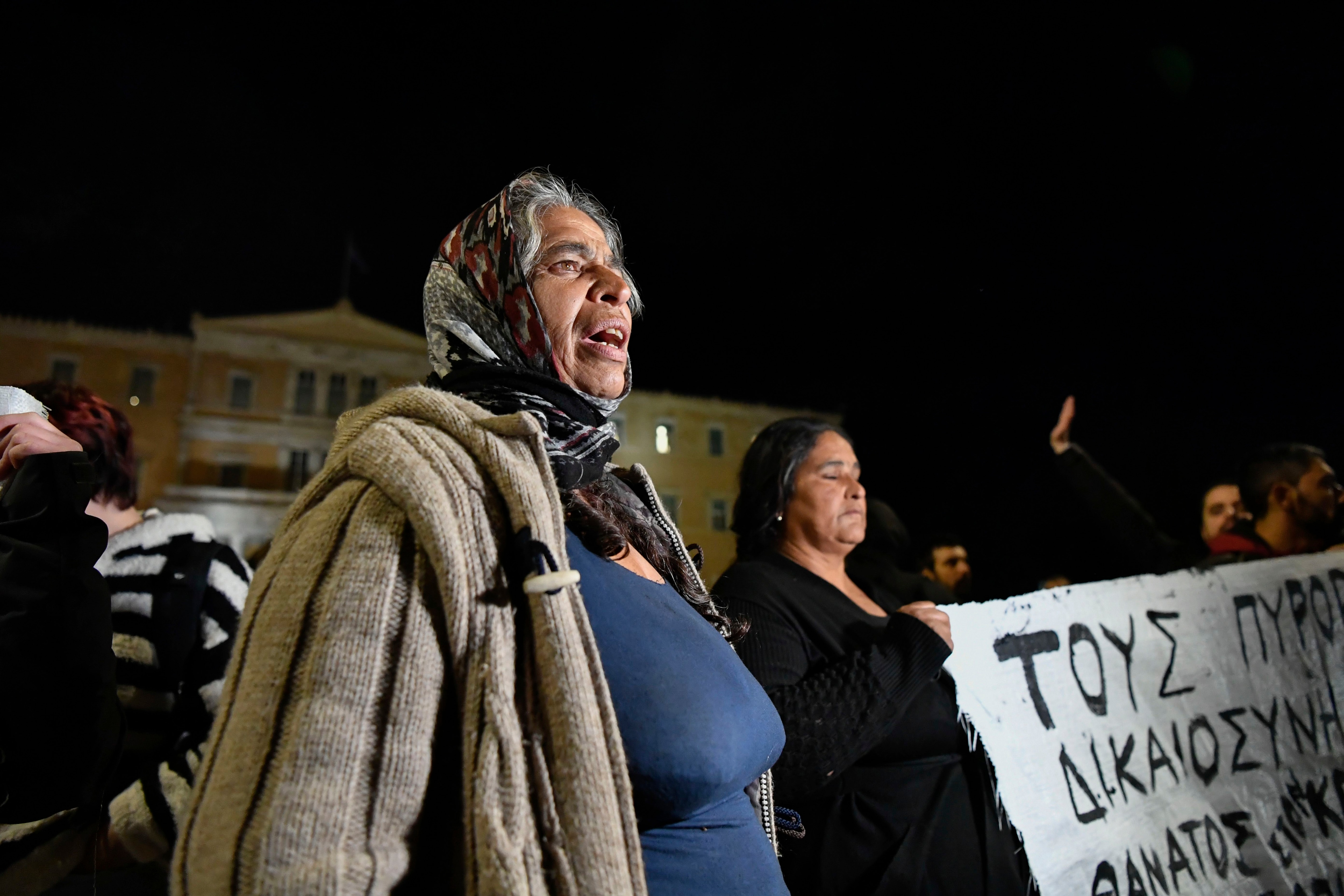 THESSALONIKI – A police officer appeared in a court in northern Greece on Tuesday for the shooting dead of a teenager who allegedly failed to pay a gas station bill as protesters gathered outside.

The 16-year-old, who belongs to the Roma minority, is in critical condition in a hospital in Thessaloniki. The 34-year-old police officer who allegedly shot him in the head has been suspended from duty and arrested. He appeared in court Tuesday morning on charges of attempted manslaughter with possible intent and a charge of illegally firing his gun.

As is usual in Greek justice, he requested and was granted more time to prepare his defense before appearing before an investigating judge. He will appear in court again on Friday.

Scuffles broke out between police and protesters gathered outside the courthouse, who held up a banner that read: “It wasn’t the gas, it wasn’t the money, the cops shot because he was Roma.”

The shooting happened before dawn on Monday outside of Thessaloniki, Greece’s second largest city. Motorbike patrol officers chased the teenager’s pickup after a gas station attendant reported the unpaid bill of €20 ($21).

The court appearance coincides with the anniversary of the fatal shooting of teenager Alexis Grigoropoulos by police in Athens in 2008, sparking Greece’s worst unrest in decades. Protest marches commemorating Grigoropoulos often turn violent.

On Monday night, about 1,500 people took part in a protest march organized by leftist and anarchist groups in central Thessaloniki over the recent shooting. Some destroyed shops and threw Molotov cocktails at police, who responded with tear gas and stun grenades.

Several hundred people also took part in a peaceful demonstration in central Athens on Monday over the shooting of the teenager, as well as an earlier incident in which a Roma man was also shot dead during a police chase. The demonstrators in Greece’s capital had a banner with the inscription: “They shot them because they were Roma.” After the end of the protest, there were brief clashes with the police.

Members of the Roma community in Greece and human rights activists often accuse the Greek authorities of discriminating against Roma. Several Roma men have been fatally shot or injured in clashes with police in recent years, allegedly trying to evade arrest for breaking the law.

The injured youth was not named but was identified by relatives as belonging to the Roma minority.

https://www.local10.com/news/world/2022/12/06/greece-police-officer-appears-in-court-over-teen-shooting/ Police officer appears in court for shooting of teenagers

Doomsday "Prepper" turned his house into a "bomb factory"