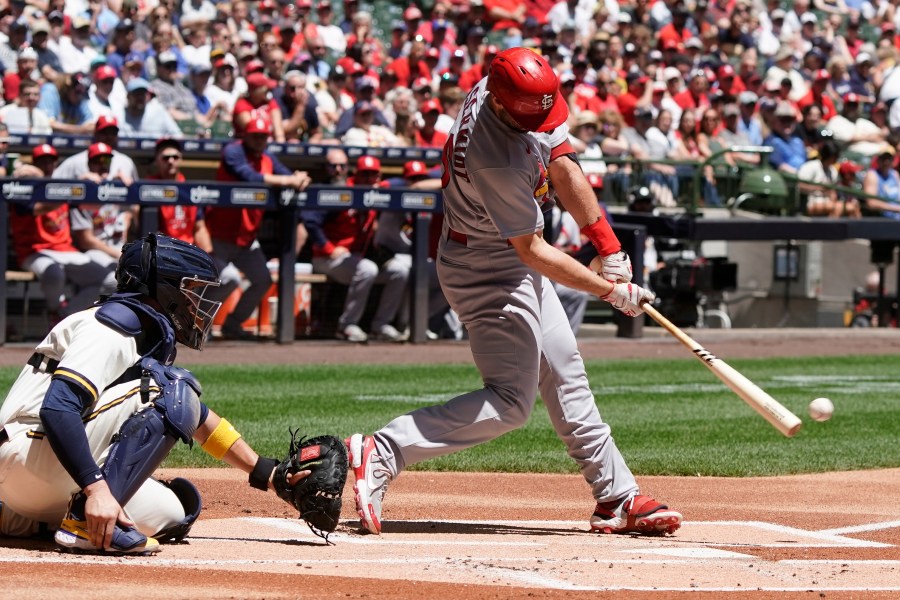 ST. LOUIS – You never know what might happen at the ballpark on any given day, even for a paragon of consistency like Paul Goldschmidt.

A matinee between the St. Louis Cardinals and the Milwaukee Brewers caused quite a stir unexpected moment. In the first inning of Thursday’s divisional match, Goldschmidt crossed home plate on one of his hits without baseball clearing the fences.


That’s what baseball folks call a little league home run, and it wouldn’t have been possible for the Cardinals first baseman without a little luck and situational awareness. This is how it happened:

Goldshcmidt sent a hard-hitting line drive down the left field line, a shot that looked plausible for at least a double. The Cardinals decided to play aggressively, sending rookie Nolan Gorman all the way from first base to home plate. Gorman scored after the ball escaped Brewers catcher Victor Caratini.

Like an established veteran, Goldschmidt advanced to third base after the jump. Milwaukee pitcher Jason Alexander then attempted to throw him out on third base, but a wild throw went past third baseman and two others assisting the play. Goldschmidt then rushed home to give the Cardinals a 2-0 league lead.


While the game counts as a minor league home run, Goldschmidt did not add his official home run count. The hit was counted as a double, with two throwing errors contributing to the result. Goldshcmidt is credited with one RBI and one run scored for the game.

The minor league home run comes amid an MVP-caliber season for Goldschmidt, who has a .341 batting average, 17 home runs and 61 RBIs. His current campaign has also featured a 25-game hitting streak, a 44-game on-base streak, and excellent defense. He is currently leading the National League first basemen in the All-Star Vote ahead of next month’s Midsummer Classic.