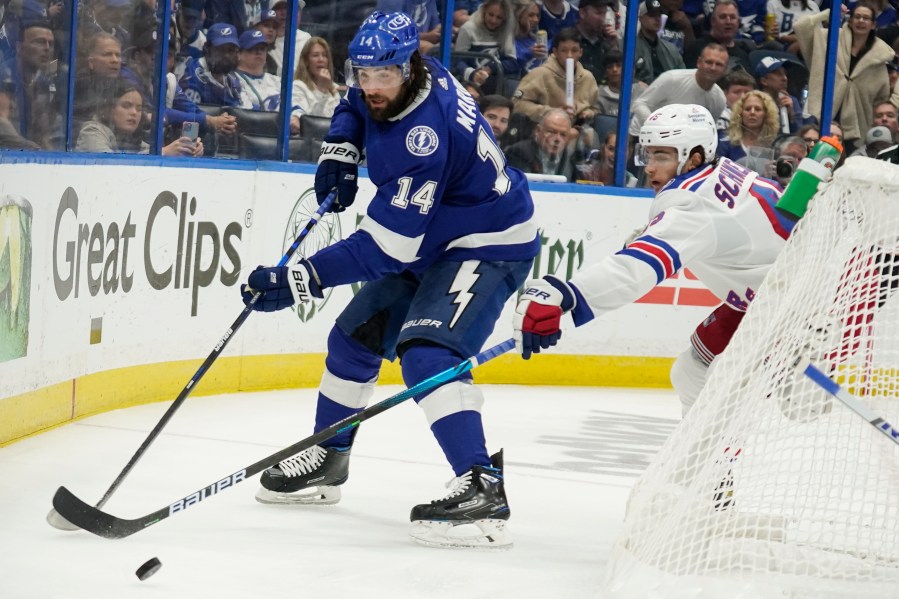 DENVER — Pat Maroon, a native of St. Louis, continues Wednesday night when the Tampa Bay Lightning takes on the Colorado Avalanche in the Stanley Cup Finals.

Maroon has won three straight Stanley Cups and 15 straight playoff series dating back to the St. Louis Blues’ championship run in 2019. The Lightning will take on an Avalanche team that led the Western Conference with 119 points this season.


The Avalanche franchise is also owned by Stan Kroenke, the face behind the NFL’s Rams’ move from St. Louis to Los Angeles in 2016. In an interview Tuesday on The Pat McAfee Show, Maroon showed his disapproval for the Avalanche’s owner, saying, “I hate Stan Kroenke. I can’t stand that guy for taking the Rams out of St. Louis.”

The 2022 Stanley Cup Finals begin Wednesday at 7 p.m. ABC will broadcast Game 1 and the rest of the finals.

Palin, Begich, Gross advance in the Alaska US House Race