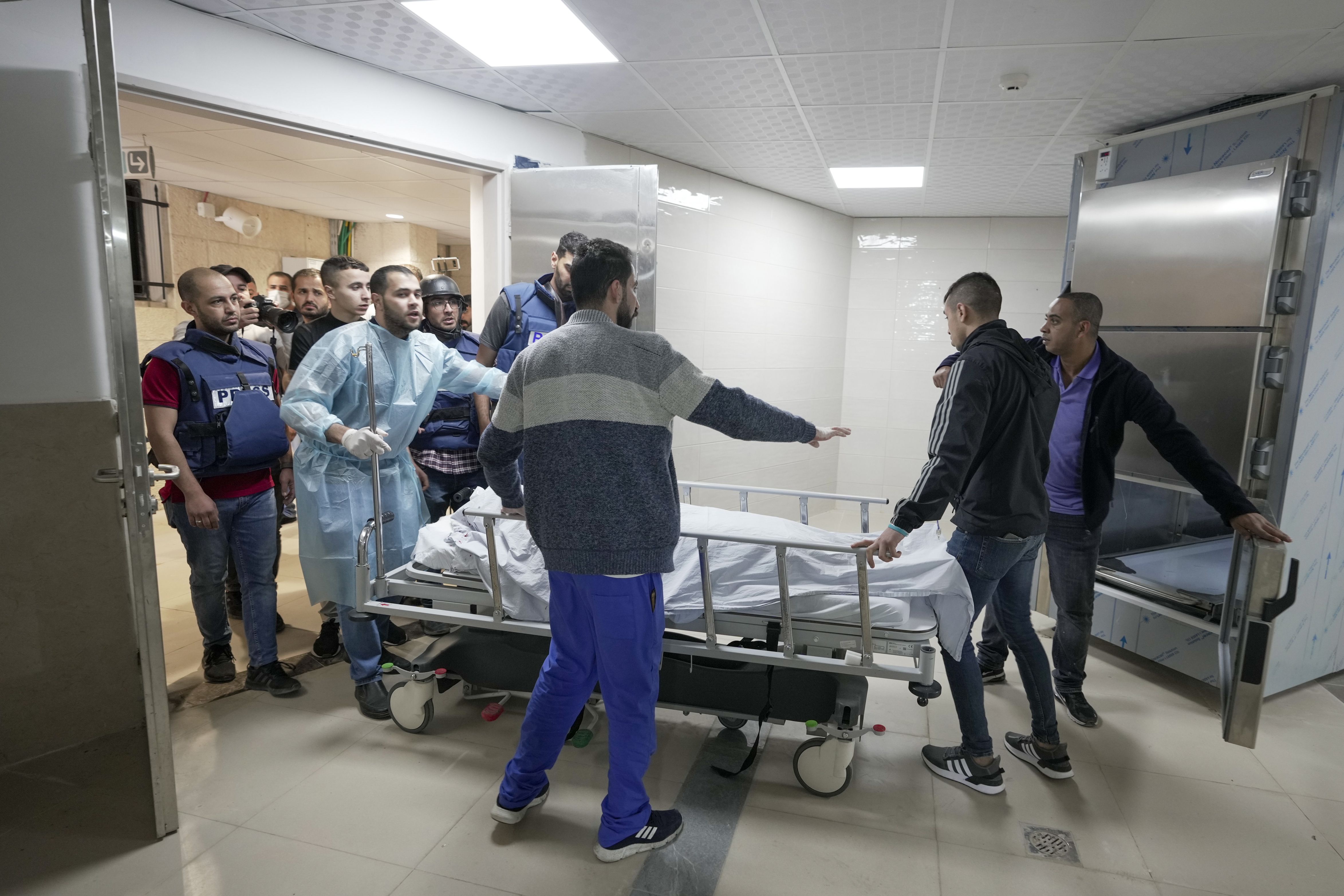 JERUSALEM – The Palestinian Authority on Thursday rejected an Israeli request to conduct a joint probe into the killing of Al Jazeera journalist Shireen Abu Akleh, saying it would not hand over the bullet that killed her for ballistics analysis.

Hussein Al Sheikh, a senior adviser to Palestinian President Mahmoud Abbas, said that the Palestinians would conduct their own independent investigation and that all parties would be informed “with high transparency of the findings of the investigation.”

Abu Akleh, a veteran Al Jazeera journalist, was shot dead on Wednesday while covering an Israeli military attack in the occupied West Bank. The broadcaster and two reporters who were with her blamed Israeli forces.

Israeli officials initially suggested that Abu Akleh may have been killed by militant fire, but backtracked later in the day and said there were no “final conclusions”.

Her death was accompanied by a wave of grief across the West Bank. Her body was due to be taken to the Palestinian Authority’s headquarters in Ramallah on Thursday before being taken to Jerusalem for burial on Friday.

The murder sparked condemnations around the world. UN Secretary-General Antonio Gutteres has called for an “independent and transparent investigation” to ensure those responsible are held accountable.

Israel Defense Minister Benny Gantz promised such an investigation on Wednesday, saying he is in contact with US and Palestinian officials and hopes for cooperation between Israel and the Palestinians.

“We’re trying to figure out exactly what happened,” he said. “I have no definitive conclusions.”

The death of Abu Akleh could prompt a fresh scrutiny of Israel’s military justice system, which is being investigated as part of a war crimes inquiry being conducted by the International Criminal Court. It also threatened to further strain the often rocky relationship between the army and the international media.

Abu Akleh, 51, was a respected and well-known face in the Middle East, best known for her coverage of Al Jazeera Arabic on the harsh realities of Israel’s indefinite military occupation of the Palestinians, now in its 55th year. She was widely recognized in the West Bank and was also a US citizen.

Her death comes amid a wave of Israeli-Palestinian violence fueled by tensions at a key holy site in Jerusalem. At least 18 Israelis have been killed in Palestinian attacks in recent weeks, while more than 30 Palestinians have been killed, most of whom have been involved in attacks or clashes with Israeli forces. Some others appeared to be unarmed or bystanders, prompting criticism that Israel had used excessive force in its crackdown on militants.

https://www.local10.com/news/2022/05/12/palestinians-reject-probe-with-israel-of-reporters-killing/ Palestinians reject investigation with Israel into murder of reporter

Finland applies to join NATO amid war between Russia and Ukraine