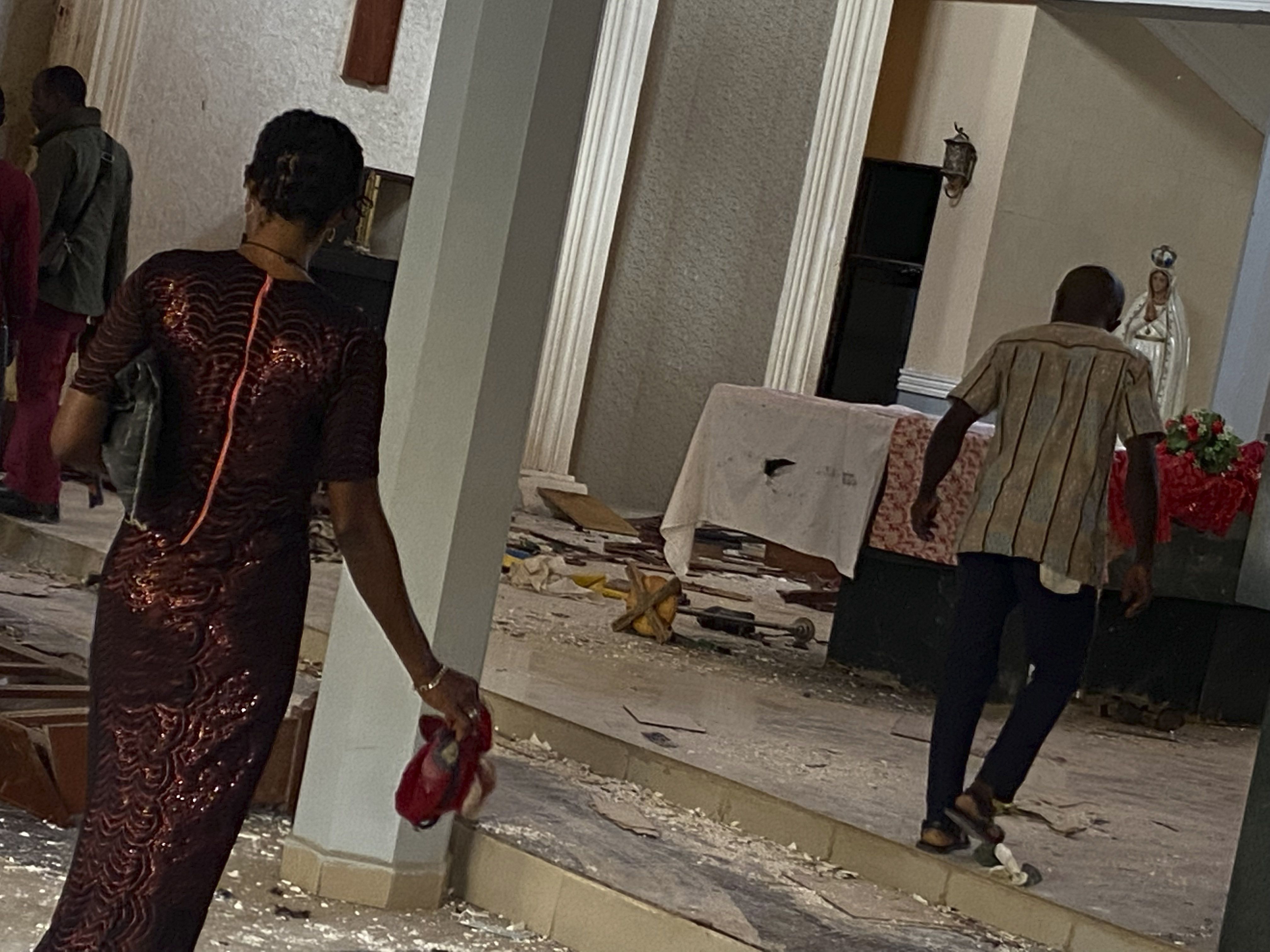 The attackers targeted St. Francis Catholic Church in Ondo state as believers gathered on Pentecost Sunday, lawmaker Ogunmolasuyi Oluwole said. Many children were among the dead, he said.

“Our hearts are heavy,” Ondo governor Rotimi Akeredolu tweeted on Sunday. “Our peace and tranquility have been attacked by the enemies of the people.”

Authorities did not immediately release an official death toll. Timileyin said at least 50 people were killed, although others put the number higher. Videos that appeared to be from the scene of the attack showed churchgoers lying in pools of blood as those around them wailed.

Nigerian President Muhammadu Buhari said, according to a statement by his spokesman, “only fiends from the sub-region could have conceived and carried out such a dastardly act.”

“No matter what happens, this country will never give in to evil and evil people, and darkness will never defeat the light. Nigeria will win eventually,” said Buhari, who was elected after vowing to end Nigeria’s ongoing security crisis.

In Rome, Pope Francis responded to news of the attack.

“The Pope has learned of the attack on the church in Ondo, Nigeria, and the deaths of dozens of believers, including many children, during the celebration of Pentecost. As details are worked out, Pope Francis prays for the victims and for the country, sorely affected at a time of celebration, and entrusts them both to the Lord to send his Spirit to comfort them,” the pope said in a statement issued by the Vatican Press Office.

It was initially unclear who was behind the attack on the church. While much of Nigeria struggles with security issues, Ondo is widely known as one of Nigeria’s most peaceful states. However, the state is embroiled in an increasing violent conflict between farmers and pastoralists.

Nigerian security forces did not immediately respond to questions about how the attack happened or if there were any leads to suspects. Owo is about 345 kilometers east of Lagos.

“In the history of Owo, we have never seen such an ugly incident,” MP Oluwole said. “This is too much.”

https://www.local10.com/news/world/2022/06/05/over-50-feared-dead-in-nigeria-church-attack-officials-say/ Over 50 feared killed in attack on church in Nigeria, officials say