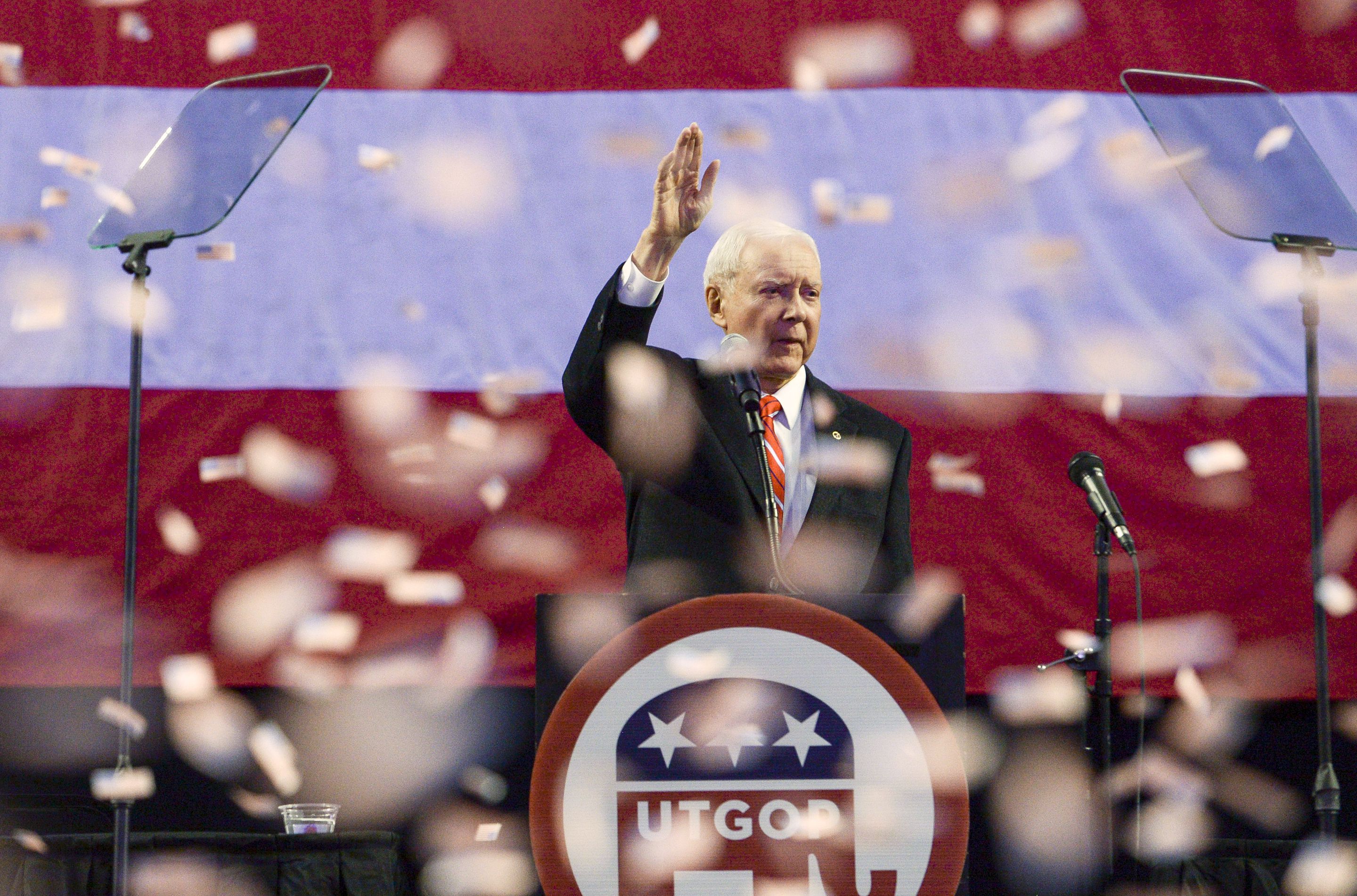 (Leah Hogsten | The Salt Lake Tribune) Orrin Hatch was honored at the 2018 Utah Republican Convention. He died on Saturday at the age of 88.

The Ute tribe believes a rancher in the Uinta Basin is “abusing” their water, but the federal courts are not intervening. Almost 20 years after their parents were killed in Brazil, the Staheli siblings are still seeking justice. And the memory of Orrin Hatch, the longest serving Republican Senator in US history and a “giant” on the Utah political scene.

On Friday at 9:00 am, the Salt Lake Tribune’s Brian Maffly and Kolbie Peterson, along with news columnist Robert Gehrke, join KCPW’s Roger McDonough to discuss the week’s top stories.

Stream “Behind the Headlines” every Friday at 9 a.m. on kcpw.org or tune in to KCPW 88.3 FM or Utah Public Radio for the show. Join the live conversation by calling 801-355-TALK.

https://www.sltrib.com/news/2022/04/28/orrin-hatchs-legacy/ Orrin Hatch’s legacy, a family’s ‘horror story’ and a water feud in ‘Behind the Headlines’

The tech item you should never buy from Amazon

Shares of SPAC, which is buying Truth Social, surge after Trump posted for the first time in months