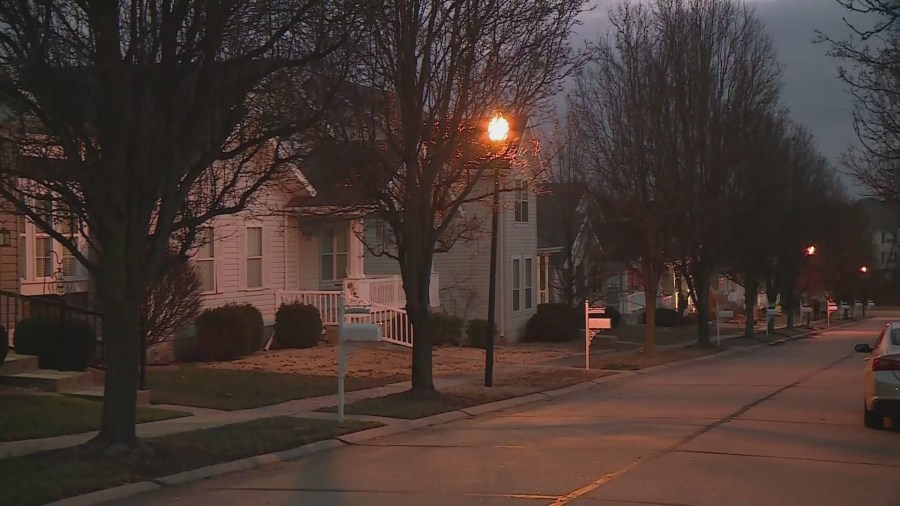 O’FALLON, Mo. — Five people were taken into custody after a violent home invasion early Friday morning. One of them has been charged multiple times.

Four suspects broke into a home on Hawksbury Place in the Winghaven neighborhood of O’Fallon, Missouri, around 1 a.m. Friday.

After breaking in through a back door, the armed thieves hit the homeowner on the head, seriously injuring him. They demanded money, keys and a car.

The burglars also fired a bullet inside the house. Several suspects drove away in the homeowner’s car, another stole the gray Hyundai they got in.


“I heard the car engines stalling here, so after I brought her (dog) in from the backyard, I looked out and saw all the police cars were here,” said Cathy Miller, a neighbor. “Then I saw the ambulance pull up and the tape going around the house. I thought something really bad was going to happen.”

A chase ended in Ladue when the gray Hyundai hit a pothole and rolled over four times before colliding in a parking lot.

The second pursuit also ended in an accident on Highway 94. A total of five suspects were arrested and a stolen weapon was secured.

“We’ve had a lot of vehicle stealing or vehicle break-ins, but never at home,” said Ryan Coon, a neighbor.

“We’re not being protected the way we should be,” Miller said.

The St. Charles County Attorney’s Office charged one of the suspects, Hakizimana Claude, with burglary, robbery, armed criminal activity and assault – all in the first degree.

Claude is being held on a $2 million bond.

The investigations are ongoing.

https://fox2now.com/news/missouri/one-suspect-charged-4-in-custody-after-violent-home-invasion-in-ofallon/ One suspect charged, 4 in custody after violent home invasion in O’Fallon

Chester: The dealer tried to hide £10,000 worth of drugs in a clothes dryer