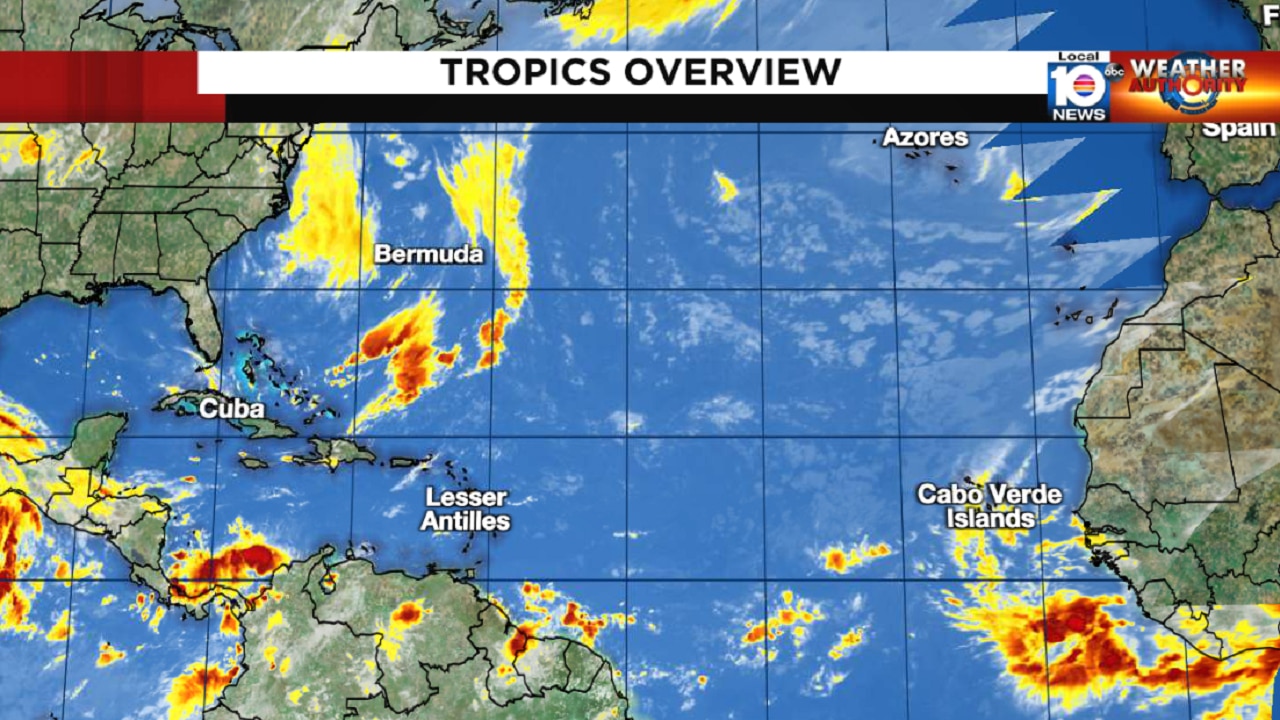 We continue to monitor the major disturbances – tropical waves – that roll off the coast of Africa every few days.

Although it is still early in the season to traditionally expect significant development in these rotating thunderstorm systems, there are a number of factors that suggest a more favorable environment for some of the disturbances.

While the tropical Atlantic hasn’t fully shaken the Saharan dust that has plagued it for the past few weeks, dust concentrations have eased since peaking early last week and are now slightly below average.

Forecasts show a steady reduction in total dust cover over the coming weeks, with no major dust outbursts on the horizon.

More importantly, over the next few weeks, models continue to tout a sharp decline in typically strong wind shear through the deep tropics.

These strong upper level winds are generally the most debilitating factor for the tropical formation over the eastern Atlantic in late June and early July.

Normally, these violent high-altitude winds do not relax until the end of July and August to such an extent that emerging disruptions can be organised.

As the great disturbances roll off Africa, they often become entangled in the monsoon trough that pushes from Africa into the far eastern tropical Atlantic.

This transition zone of winds – where southwesterly winds turn into northeasterly winds – can act as an umbilical cord for young tropical waves, Providing a source of moisture and background rotation needed to support early development.

Although computer models are only lukewarm to the idea of ​​development across the east Atlantic tropical belt at this point, it’s a trend worth following given the unusually benign environment, particularly mid to late next week.

Elsewhere, we don’t expect anything of significance in the more favored areas of the western tropical Atlantic or the Gulf of Mexico, at least until the weekend.