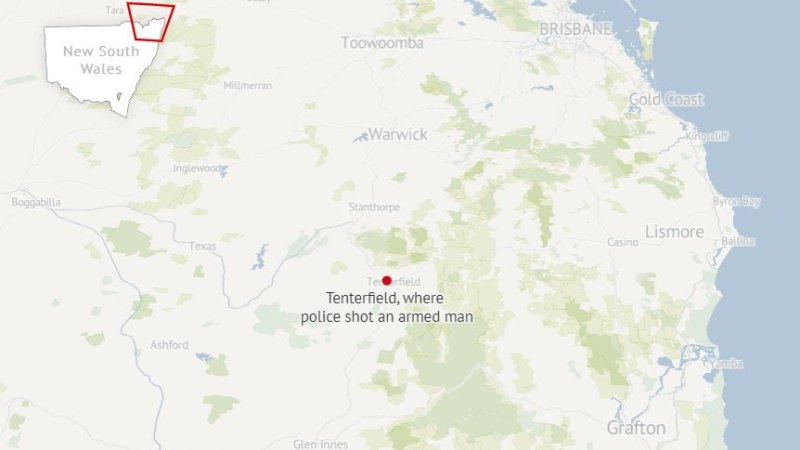 NSW Police have launched an investigation after an officer shot dead a gunman in a confrontation outside a police station in Tenterfield, north NSW.

The 48-year-old man had been the subject of a social security check before allegedly confronting police with a firearm around 5.45pm on Thursday.

Acting Deputy Commissioner Steve Egginton, commander of the western region, told reporters on Friday the “tragic circumstances” arose after officers visited a property around 5pm in response to a report of welfare concerns.

Officers returned to the police station, where Egginton said they were confronted by the 48-year-old, who pointed a firearm at them.

“Unfortunately, the police had no choice but to shoot and the man was fatally injured as a result,” he said.

An investigation into the critical incident is now being conducted by State Crime Command Homicide officers. It is independently monitored by the Law Enforcement Conduct Commission.

“Unfortunately, the police had no choice but to shoot and the man was fatally injured.”

In order not to prejudice the independent investigation, Egginton said he could not provide many details on how the incident unfolded. However, he said it happened on the lawn in front of the police station and it was raining heavily at the time, adding to the danger officers faced.

“Officials had to embrace the situation, which was quite unique,” he said.

Unpacking the "racism math" of the nightclub queue

WA’s Conservatives still have a long way to go, even after a change in leadership