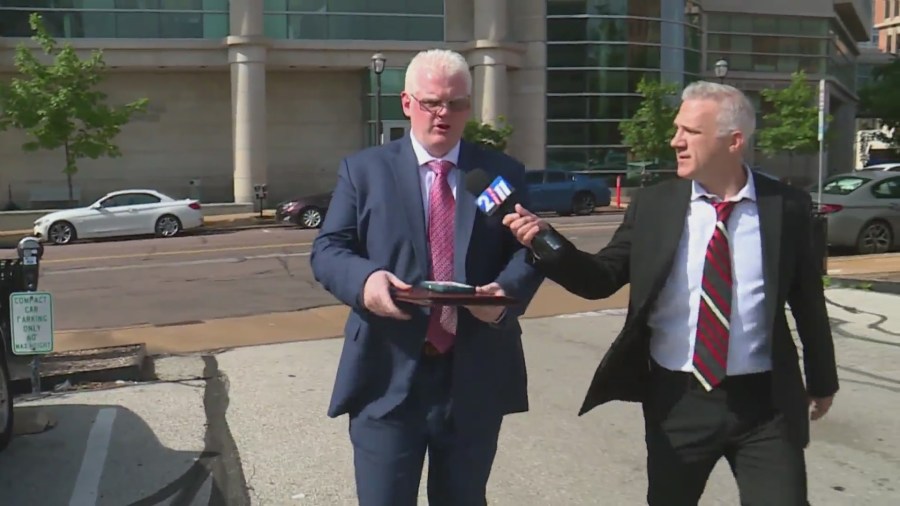 ST. LOUIS COUNTY, Mo. — A Missouri politician accused of stealing from taxpayers made his first court appearance this week. FOX2 went straight to the source to find out if he returned your money as promised.

Andrew Purcell apologized on Facebook in April. He also pledged that he would repay taxpayers for the time he represented Missouri citizens while living in Illinois. We met him to find out if he made it.

The former Bridgeton councilman entered the St. Louis County Justice Center for his first court appearance this week. He is accused of willful theft. He is also a licensed attorney. He represented himself in court and asked the judge for a stay.

FOX2 learned he had previously told citizens on social media that he owed them one. That was 36 days ago. We asked him personally, “Did you go through with it?” Purcell replied, “No comment at this time.”


During our ongoing coverage, which began April 21, he had few words for FOX2. But he had a lot to say to an Illinois election commission when he tried to prove to them that he lived there so he could run for office in that state.

We received the audio recording in which Purcell said, “I swear under oath that I am a resident of Williamson County as of March 1, 2021.”

Court records show no evidence that he paid back anything as promised. During the time that Purcell admitted under oath that he lived 140 miles away in Williamson County, Illinois, he amassed about $6,000 in councilman’s pay in Bridgeton, Missouri.

Bridgeton Mayor Terry Purcell told us at the time: “It leaves a bad taste in the mouth and people are already a little skeptical about the government.”


Briggs showed us Purcell’s council locker in April, which was abandoned without being told Purcell was leaving. He says Purcell still hasn’t come to get his things. However, Bridgeton acted and launched the criminal investigation that led to the theft by fraud charge that Andrew Purcell is now facing.

The judge agreed to postpone trials against him until a new hearing next month.

https://fox2now.com/news/fox-files/no-show-missouri-politician-promised-to-repay-taxpayers-did-he/ No-show Missouri politician vowed to pay back taxpayers He has?