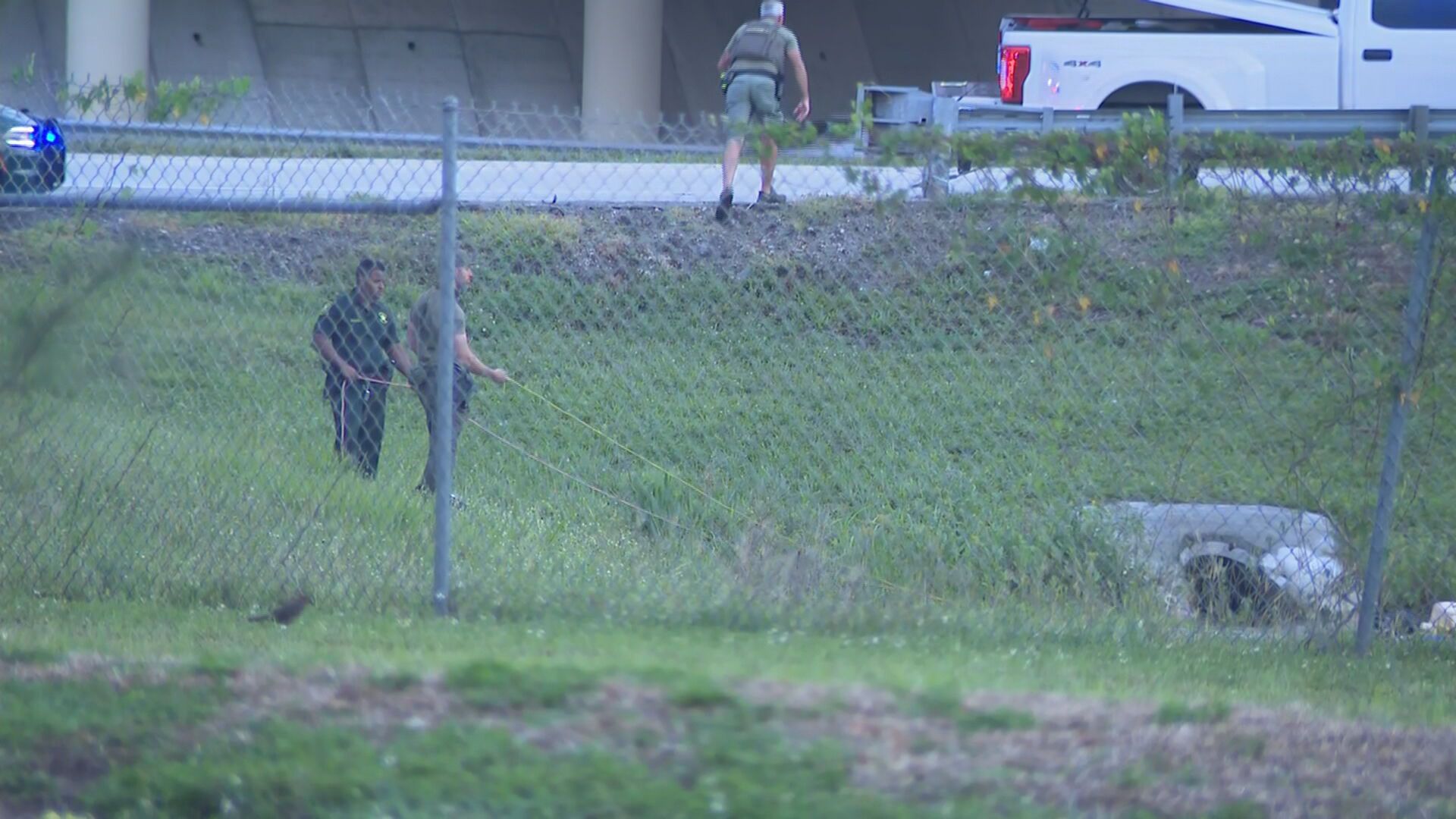 DAVIE, FL. – The Florida Highway Patrol is investigating after a car crashed into a canal in Davie Monday morning.

The accident was reported from the westbound lanes of Interstate 595 near State Road 7 at approximately 5:20 a.m.

According to FHP Lt. Indiana Miranda, a dive team from the Broward Sheriff’s Office searched the water and vehicle for occupants but could not find anyone.

She said the car’s owner told authorities the car was a “family loaner vehicle” used by several people, although it was unclear who was using it in the crash.

Miranda said no one related to the car’s owner had been reported missing and the car was not reported stolen by the owner.

The access ramp to the westbound lanes of I-595 from southbound US 441 will remain closed while the vehicle is being recovered from the water.

Further details were not initially known.

https://www.local10.com/news/local/2022/05/30/no-one-found-in-water-after-vehicle-mysteriously-ends-up-in-canal-in-davie/ No one found in water after craft mysteriously ended up in a canal in Davie