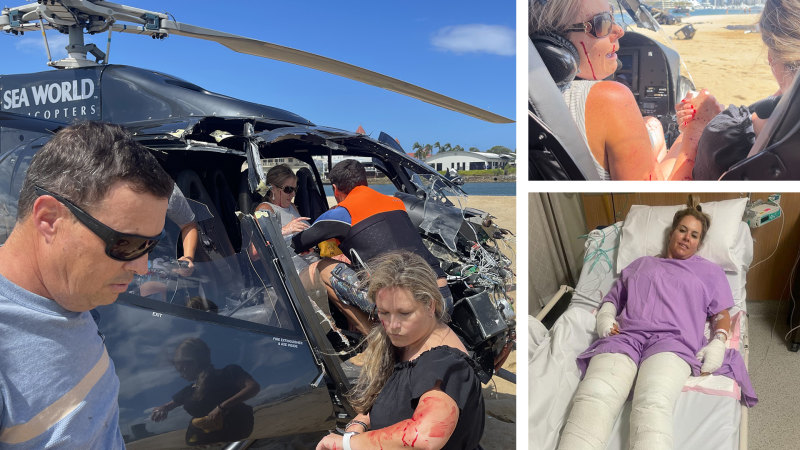 The four survivors said they were “deeply touched” by the support and care they received from strangers and they would continue to assist authorities with their investigation.

“We will share more when we are ready; However, as we come to terms with what happened and the resulting impact on our lives, we ask that our need for privacy be respected at this time,” they said.

They thanked their “hero” Michael James, bystanders who rushed to help, including a jet skier who helped them from the helicopter, as well as a paramedic and Robina Hospital staff.

“Her caring and heroism changed our lives,” they said.

The New Zealanders said they were considering legal action after Channel 7 aired a vision from the cockpit showing the crash, claiming it was an “exclusive crash”. They said the footage was only shared with investigators at the Australian Transport Safety Bureau.

“We don’t know how them [Seven] received, but it was only made available to investigators as part of their investigations at the scene of the accident and thereafter,” they said. “This was intentionally kept out of public view out of respect for all those affected by this tragic accident and is extremely traumatizing.”

The same footage was also used by other media, including this imprint, after it was broadcast on Channel 7.

Aviation security investigators are looking for the causes of the crash.

Leeds earn a replay after going two goals down in Cardiff

Australia had to settle for a draw on day five