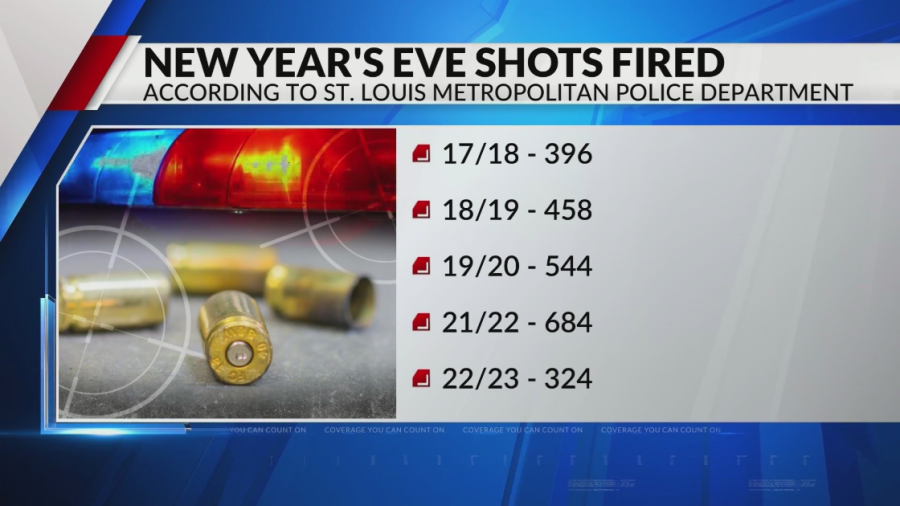 ST. LOUIS – It seems that the New Year’s resolution of some St. Louisans was not to celebrate like they have in previous years. For the first time, the number of reported shots on New Year’s Eve has decreased – significantly.

“They’re taking it hard,” said Alderman Brandon Bosley (Station 9). “There are many shots being fired.”


In 2017-18, 396 calls were made to the Metropolitan Police regarding New Year’s Eve shooting. The numbers grew almost every year, reaching 684 calls last year. This year, that number fell to an all-time low – 324.

Bosley grew up with gunshots on New Year’s Eve and admittedly told FOX 2 he attended the gunshot celebration as a teenager. A custom he now understands the implications of.

“Real things are happening,” Bosley said. “Bullets can go into people’s roofs, and even if they didn’t hit a person, they end up having to get that fixed or they leak, or someone’s car gets hit.”

Bills player in critical condition after collapsing on pitch


“It was encouraging that the numbers are lower,” he said. “Hopefully they’ll get lower and lower every year.”

Bosley attributes the drop in calls for gunfire to police efforts and the efforts of local residents who have been distributing “don’t shoot” flyers in recent years.

“Whatever we’re doing now, we have to keep doing this,” Bosley said. “Maybe we (have to) apply that to the other things that are going on around town and hopefully we’ll continue to see things decrease (that) we want to see a decrease.”