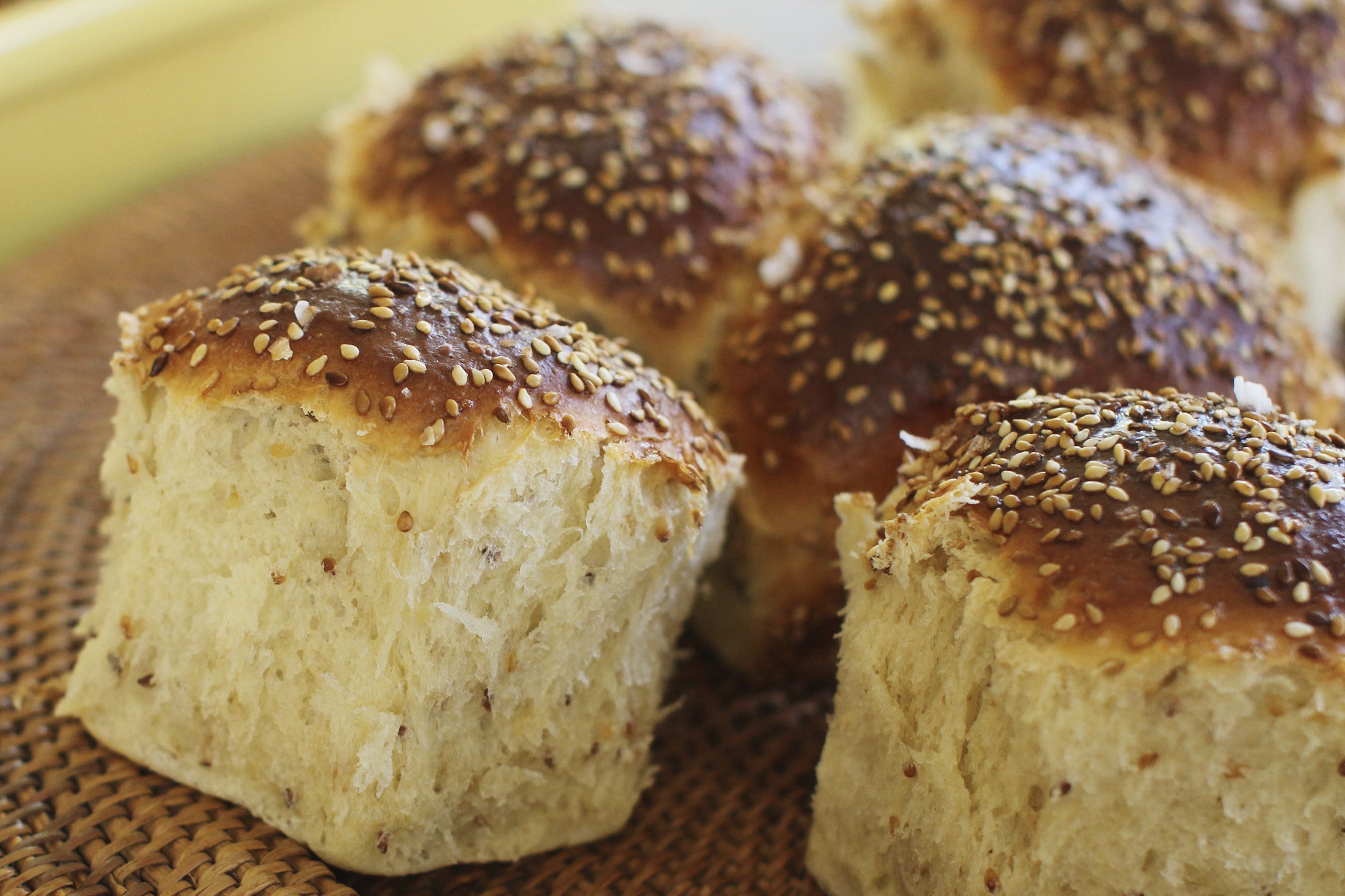 A new federal law mandating that sesame be listed as an allergen on food labels has unintended consequences — it’s increasing the number of products containing the ingredient.

Food industry experts say the requirements are so stringent that many manufacturers, particularly bakers, are finding it easier and cheaper to add sesame to a product — and label it — than try to keep it away from other foods or appliances containing sesame.

As a result, several companies — including national restaurant chains like Olive Garden, Wendy’s and Chick-fil-A, as well as breadmakers that stock grocery shelves and serve schools — are adding sesame seeds to products that didn’t exist before. Although the practice is legal, consumers and advocates say it goes against the spirit of the law, which aims to make food safer for people with allergies.

“It was really exciting, as a politician and as a mother, to get those labels,” said Naomi Seiler, a consultant with the Asthma and Allergy Foundation of America, whose 9-year-old daughter Zoe is allergic to sesame. “Instead, companies intentionally add the allergen to foods.”

The new law, which goes into effect on January 1, requires all foods manufactured and sold in the US to be labeled if they contain sesame, which is now the nation’s ninth most important allergen. Sesame can be found in obvious places, like sesame seeds on hamburger buns. But it’s also an ingredient in many foods, from protein bars to ice cream, added to sauces, dips and salad dressings, and hidden in spices and flavorings.

Advocates of families managing allergies have campaigned for years for sesame to be included on the list of major allergens. Congress in 2004 created labeling requirements for eight: milk, eggs, fish, shellfish, tree nuts, peanuts, wheat and soybeans.

More than 1.6 million people in the US are allergic to sesame, some severe enough to require injections of epinephrine, a drug used to treat life-threatening reactions. Cases of sesame allergies have risen in recent years along with a growing number of foods containing the ingredient, Dr. Ruchi Gupta, pediatrician and director of the Center for Food Allergy and Asthma Research at Northwestern University.

“Sesame is in so many things that people don’t really understand,” said Gupta, who called the move to add sesame to products “so disappointing.”

“It’s really challenging in families that have sesame allergies,” she said.

Under the new law, Enforced by the Food and Drug Administration, companies must now explicitly label sesame as an ingredient or separately state that a product contains sesame. In the US, ingredients are listed on product packaging in order of quantity. Sesame labeling has been required in other places for years, including Canada, Europe, Australia and New Zealand.

If the ingredients do not contain sesame, companies must take measures to prevent the food from coming into contact with sesame, known as cross-contamination.

Food industry experts said the new requirements are neither simple nor practical.

“It’s like we suddenly asked the bakers to go to the beach and clean up all the sand,” said Nathan Mirdamadi, a consultant with Commercial Food Sanitation, which advises the industry on food safety issues.

Some companies include claims on labels that a food may “contain” a certain product or that the food was “manufactured in a facility” that also uses certain allergens. However, according to the FDA, such declarations are voluntary, not required, and do not relieve the company of cross-contamination prevention requirements.

Instead, some companies have taken a different approach. Olive Garden officials said that starting this week, the chain is adding “a minimal amount of sesame flour” to the company’s famous breadsticks “due to the possibility of cross-contamination at the bakery.”

The United States Bakery, which operates Franz Family Bakeries in California and the Northwest, told customers in March it would add a small amount of sesame flour to all hamburger and hot dog buns and buns “to reduce the risk of side effects.” to cut down on sesame products.”

While such actions do not violate the law, the FDA does not “support” them, the agency said in a statement.

“It would make it more difficult for customers with sesame allergies to find foods that are safe for them,” the statement said.

Some large companies have previously added other allergens to their products and updated their labels. In 2016, Kellogg’s added traces of peanut flour to some cookies and crackers, prompting protests.

This is frustrating and scary for parents like Kristy Fitzgerald of Crookston, Minnesota. She learned last spring that Pan-O-Gold Baking Co., which supplies bread to schools, health centers and grocery stores in the Midwest, added small amounts of sesame seeds to its products, including those served at her daughter’s school. Six-year-old Audrey has now outgrown her sesame allergy.

Bob Huebner, food safety/quality assurance manager at Pan-O-Gold, told Fitzgerald in a series of emails that the company was forced to add sesame seeds to the product and label.

“The unfortunate reality is that our equipment and bakeries are not set up for allergen cleaning that would be required to prevent sesame cross-contamination and was not an option for us,” Huebner wrote in an email to Fitzgerald. Huebner responded to an email from the AP but did not respond to questions about the company’s practices.

Fitzgerald started an online petition to protest the move to add sesame seeds.

“Someday someone will feed sesame to an allergic child,” Fitzgerald said. “I think the laws need to be changed to show that this is not an acceptable practice.”

The Associated Press Health and Science Department receives support from the Howard Hughes Medical Institute’s Science and Educational Media Group. The AP is solely responsible for all content.