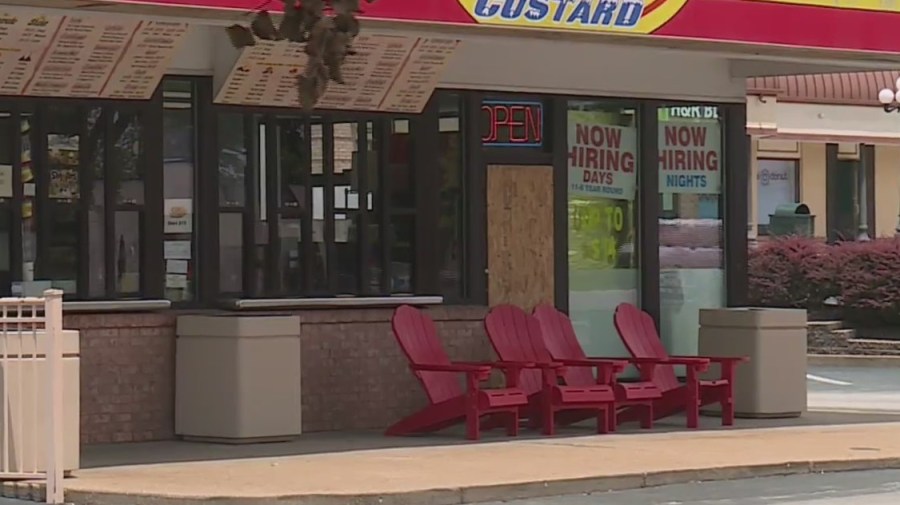 ST. LOUIS COUNTY, Mo. — New details have emerged about the suspect’s troubled past in Sunday’s West County shooting, tying him to alleged crimes from St. Louis to St. Charles.

A school teacher whose vehicle was hit by gunfire as the suspect was riding a motorbike on Manchester Road said there could be mental health lessons to be learned from the violent saga.

The St. Louis County Attorney on Tuesday indicted Jeffrey Burnett, 52, on eight counts of gun crimes. Burnett remained in custody. His bail was set at $350,000, cash only.

dr Michelle Wilkerson, a sixth-grade math teacher for “Intervention and Enrichment” in the St. Louis area, lives nearby. She was driving one of the shot-hit vehicles. Her 10-year-old daughter was with her.

“He (on his motorcycle) dodged. I saw him pull the gun and point it straight at us as he passed us,” she said. “Then I ducked and it was just a ‘pop, pop, pop.’ We weren’t sure if we were shot or not until I got into the Walgreens parking lot. She got out and was upset. She said, ‘Is he coming back?’”

Along with Wilkerson’s vehicle and the pudding stand, Burnett shot two other vehicles as he rode a motorcycle west toward Manchester, according to a court document. Two drivers were injured by flying glass, but surprisingly no one was shot.

The staff and management of the Pageant concert hall in St. Louis are grateful for his arrest. He was fired from a job there in late 2020.

“The few (weapons) that were inside were taken out of the house and secured in a safe place,” Will said.

FOX 2 confirmed that Burnett was also charged with assault in May for allegedly threatening a worker at the Harley-Davidson store in St. Charles. He was released from there in February.


He threatened to settle his disputes there with “fists, knives or guns,” according to a court document. He carried a gun and a hunting knife. According to workers, squirrel skins were dangling from his motorcycle.

“I think mental health and gun control have to go hand in hand,” Wilkerson said. “That was someone’s son or student growing up. What happened to him growing up without the help he needed?”

She was also beyond measure thankful for all the police departments that brought these things to an end.

“Chesterfield (police) who was sitting with me (after the shooting), Ellisville and Ballwin, I know they got it under control very quickly. Lots of great teamwork,” she said.

According to a court document, the Missouri State Highway Patrol tracked Burnett to Franklin County and then back to St. Louis County. He crashed his motorcycle near Highway 44 and Six Flags Rd and fled on foot, but was later arrested. Burnett had a Mac-10 gun that matched the type of shell casings recovered in the shooting, the document said.