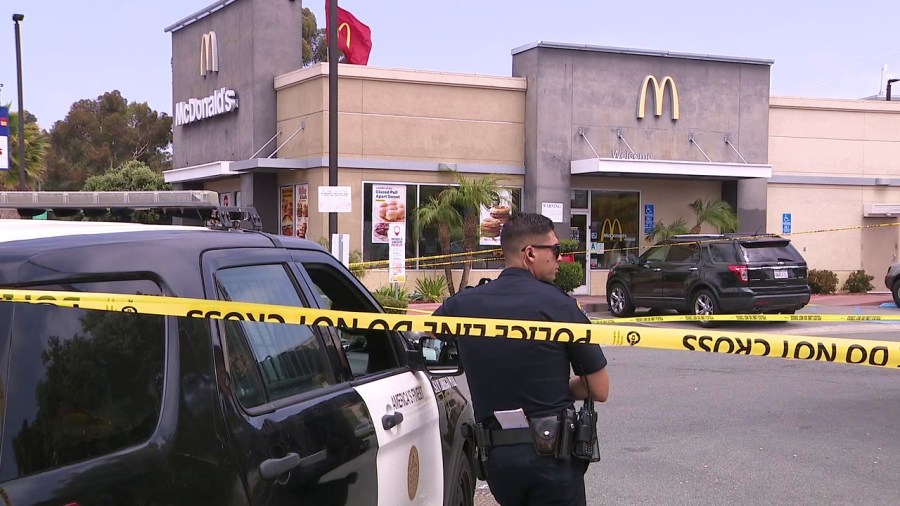 SAN DIEGO — Police have identified the man suspected of shooting and killing a 79-year-old in San Diego this week and said the suspect is already behind bars and now faces a murder charge.

Authorities also first released the victim’s name on Friday, providing the updates in a press release.

Jose Quirin, 79, walked into a Pacific Beach McDonald’s on Mission Bay Drive early Tuesday morning suffering from a gunshot wound and seeking help, according to the San Diego Police Department. Workers alerted the police, and officers and paramedics both tried to rescue the elderly man, but he died a short time later at a local hospital.


Detectives investigating the case eventually identified 21-year-old Francisco Villegas as the man suspected of gunning down Quirin. Villegas was already in county jail for a parole violation, according to the SDPD. Officials have now charged him with murder.

Officials suspect the younger man of shooting Quirin on Morena Boulevard in the Bay Ho neighborhood. This is approximately 2 miles from McDonalds, where the victim later sought help.

Quirin was parked outside the building where he worked when he was approached by a gunman now believed to be Villegas, who “probably tried to ambush his vehicle,” police said in the update dated Friday.

“When the victim did not immediately abandon his vehicle, the suspect fired at least one shot from a firearm through the driver’s side window, hitting the victim and causing his injuries.”

Officers arrested Villegas on Wednesday for violating parole terms and a day later identified him as a murder suspect, police said.

Officials urged anyone with information about the murder to call the department’s Homicide Division at 619-531-2293 or San Diego County Crime Stoppers at 888-580-8477.