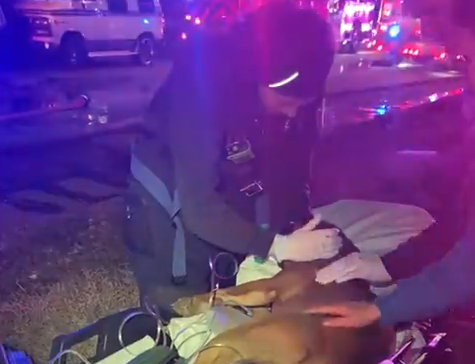 ST. LOUIS — Several dogs and puppies have died after a house fire in north St. Louis on Saturday night. Firefighters rescued a dog from the fire.

The fire developed in a vacant house on the 2000 block of Angelica Street. St. Louis Fire Department investigators said two dogs and a litter of puppies were in the building when the fire broke out.


Firefighters helped rescue and revive just one dog and shared video of the reaction via twitter. This dog is being treated for injuries at a local humanist society.

It is unclear when and how the fire broke out. However, the St. Louis Fire Department told FOX 2 that the dogs belonged to someone at a neighbor’s house next door, who was using a vacant home to house the dogs.

The St. Louis Fire Department is conducting the investigation into the fatal fire. This is an evolving story. FOX 2 will be updated as more information becomes available.

EasyJet flight diverted after suspected 'bomb' on board was reported