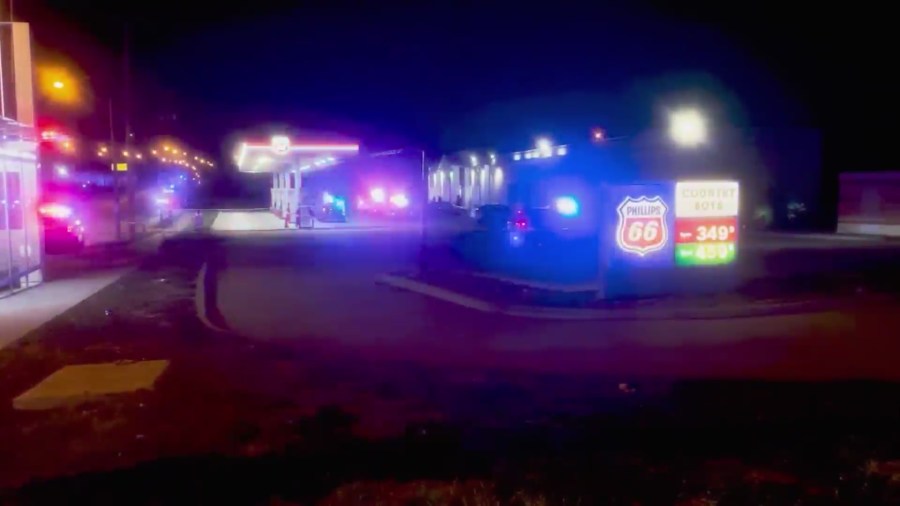 KANSAS CITY, Mo. — The Missouri Highway Patrol says a man who drove toward KCPD officers at a gas station Sunday night was shot and killed.

Investigators say officers were called to a Phillips 66 gas station on 55th and Prospect about reports of a stolen vehicle just before 10 p.m. Officers initially found the vehicle unoccupied and said the suspect exited the supermarket, got into the vehicle and accelerated toward an officer, forcing them to jump out of the way.

The suspect then hit a KCPD van and officers shot and beat the man, he was pronounced dead at a hospital. No officers were injured.

Motorway Police are continuing their investigation and officers involved in the shooting are on administrative leave. The man who was shot has not yet been identified.