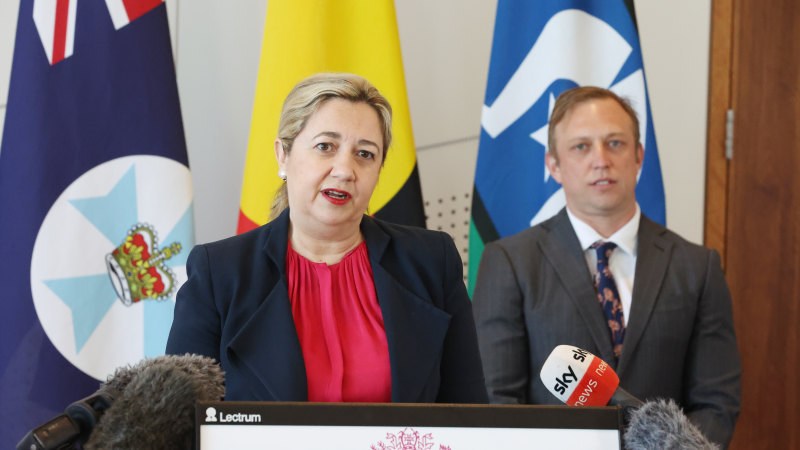 Deputy Premier Steven Miles has redoubled his leader’s defense of a controversial new set of changes to Queensland’s juvenile justice system while hinting they have been in the works for months.

Unveiling the package on Tuesday, including changes to court operations, sentencing and a second new juvenile prison, Annastacia Palaszczuk said many people would not “like” the changes but community safety was “of paramount importance.”

The announcement follows the alleged home invasion that led to the death of North Lakes mother Emma Lovell, who is set to be commemorated at a community vigil Friday night, and calls for her husband and beyond to face a mandatory prison sentence for repeated violent intruders.

But pundits, advocates of judicial reform and pro-prison advocates have called the government’s plans a “knee-jerk” response to a tragic event that would only exacerbate existing problems.

Speaking to reporters Friday, Miles said there had been a “call from the community to see more action this week.”

“This package has been … worked on for some time and we had the opportunity to outline these new measures this week in the context of very high community interest,” he said.

In a later press conference, opposition deputy leader Jarrod Bleijie accused Miles of “lying” about Labor and reiterated the LNP’s call for Parliament to be recalled early to deal with what his party has long called the “crisis of the economy”. juvenile delinquency”.

https://www.smh.com.au/national/queensland/deputy-doubles-down-on-youth-justice-package-in-works-for-some-time-20221230-p5c9ie.html?ref=rss&utm_medium=rss&utm_source=rss_national MP doubles juvenile justice package in the works ‘for some time’

Customer speculates that Kohl's pricing is a conspiracy, a scam