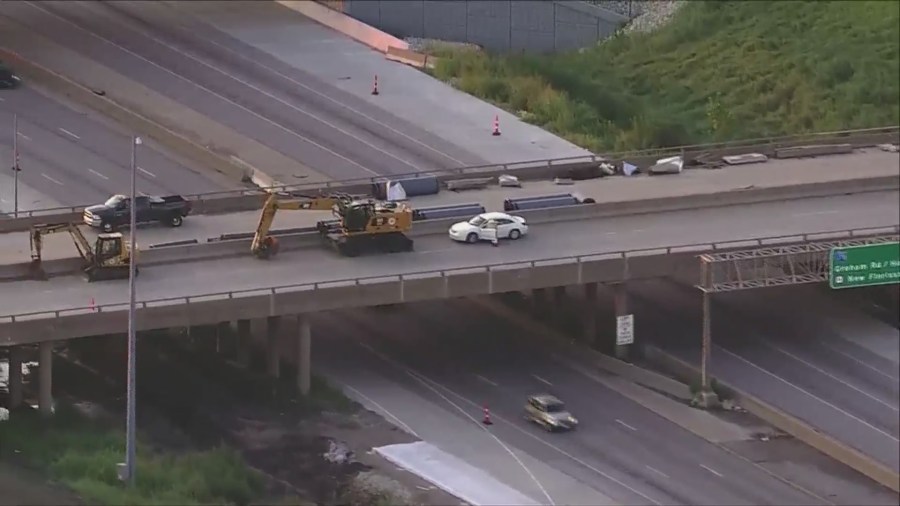 HAZELWOOD, Mo — MoDOT is reconstructing Interstate 270 in North County and has been working on the project for two years.

The project cost around $278 million. Some drivers said it was a struggle to get around the county while 270 is under construction.

“It was a mess every day. It’s different, you have to turn left here and right around here and then turn left here,” said the driver. “Literally nobody knows what to do and I’ve seen a hundred wrecks because I have to go that way every day for work. But others remain optimistic and hopeful. I think this project will do very well when it’s done, but right now it’s very messy. I mean it’s awful!”


MoDOT reconstructs approximately 8.6 miles from James S. McDonnell Boulevard to Bellefontaine Road. Work is also underway at the junction on Lindbergh. At least five bridges will be replaced.

Tom Blair, MoDOT District Engineer at the St. Louis Regional Office, said it was “one of the largest projects MoDOT has undertaken in the last decade.”

“It’s currently the largest project we have under construction in the state of Missouri. This project is important because this infrastructure was built in the ’60s,” Blair said. “It was worn out, had bad bridges and bad road surface. We at MoDOT were responsible for replacing the stuff.”

The project started in April 2020 when the COVID-19 crisis started.

“That caused problems, but I’d say I’m really amazed at our MoDOT team and our contractor team,” Blair said. “We’ve overcome all of those issues, they’re still on schedule and on budget.”

MoDOT said there may have been many detours and diversions for motorists, but once the project is complete it will be much safer for drivers.

“Everything is going to be nice and smooth and mostly new,” Blair said. “We will have one-way streets north of Pershall and Dunn. We will have a new, improved exchange gateway. All this movement to get on and off the highway. The roads will be improved and safer.”

'Women' and 'girls' have left the NHS website about periods, replacing them with gender-neutral 'everyone who bleeds'