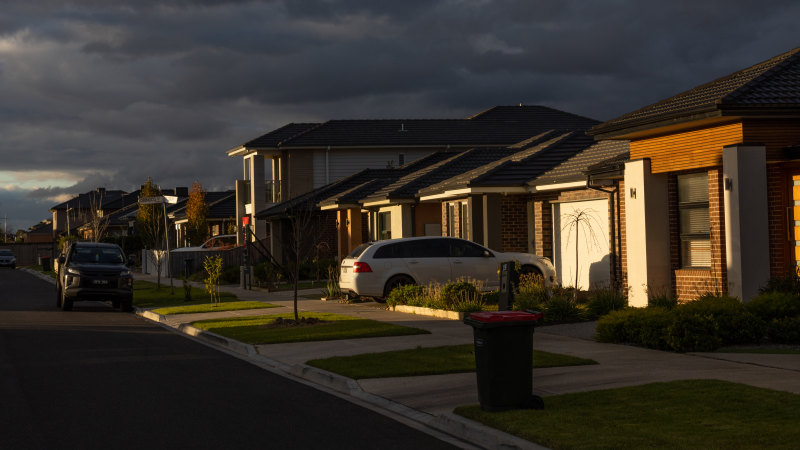 In these two age groups, more than half now have mortgages, while the number of renters has also increased.

Domain chief economist and researcher Nicola Powell said a simple reason more people have mortgages today than they did 20 years ago is that they have risen as house prices have soared.

“We’re expanding more, we’re taking on bigger mortgages and we’re taking longer to pay them off,” she said. “It means that people are going into their retirement years and part of their mortgage is still hanging over them as an expense.”

Among 55-64 year olds, the proportion of mortgage borrowers in this age group has more than doubled from 15.5 percent to 35.9 percent, and the number of those of retirement age or older with a mortgage has increased from 3.2 percent to 9.6 percent.

Chris Martin, a senior research fellow at UNSW’s City Futures Research Center, said some people use their homes as collateral and keep their mortgages open for other purposes, including buying investment properties.

But much of the growth in mortgage holders has come as house prices have risen, and Martin said successive government policies have helped fuel that boom.

Martin co-authored a recent report that found that state and federal governments have spent more than $20 billion on housing benefit through first-time homebuyer grants and similar measures over the past decade.

“The general trend is that there’s going to be higher house prices,” he said.

RateCity research director Sally Tindall said the move away from outright ownership didn’t happen overnight, but it will continue unless house prices fall.

Higher interest rates are dragging down the housing market, which could help some first-time buyers, she said.

“If we see house prices fall as projected, you will see that hurdle lowered. But it’s not going to be smooth sailing for first-time buyers,” she said.

Martin said having a national housing plan with state and federal coordination will be critical.

“To have a housing policy that says everyone, whether they are owners or renters, should have affordable, safe housing of a decent standard, that should be the goal,” he said.

Wallabies Player Ratings: How the Men in Gold did against England in the third Test

Buddies become rivals in the fight for the west