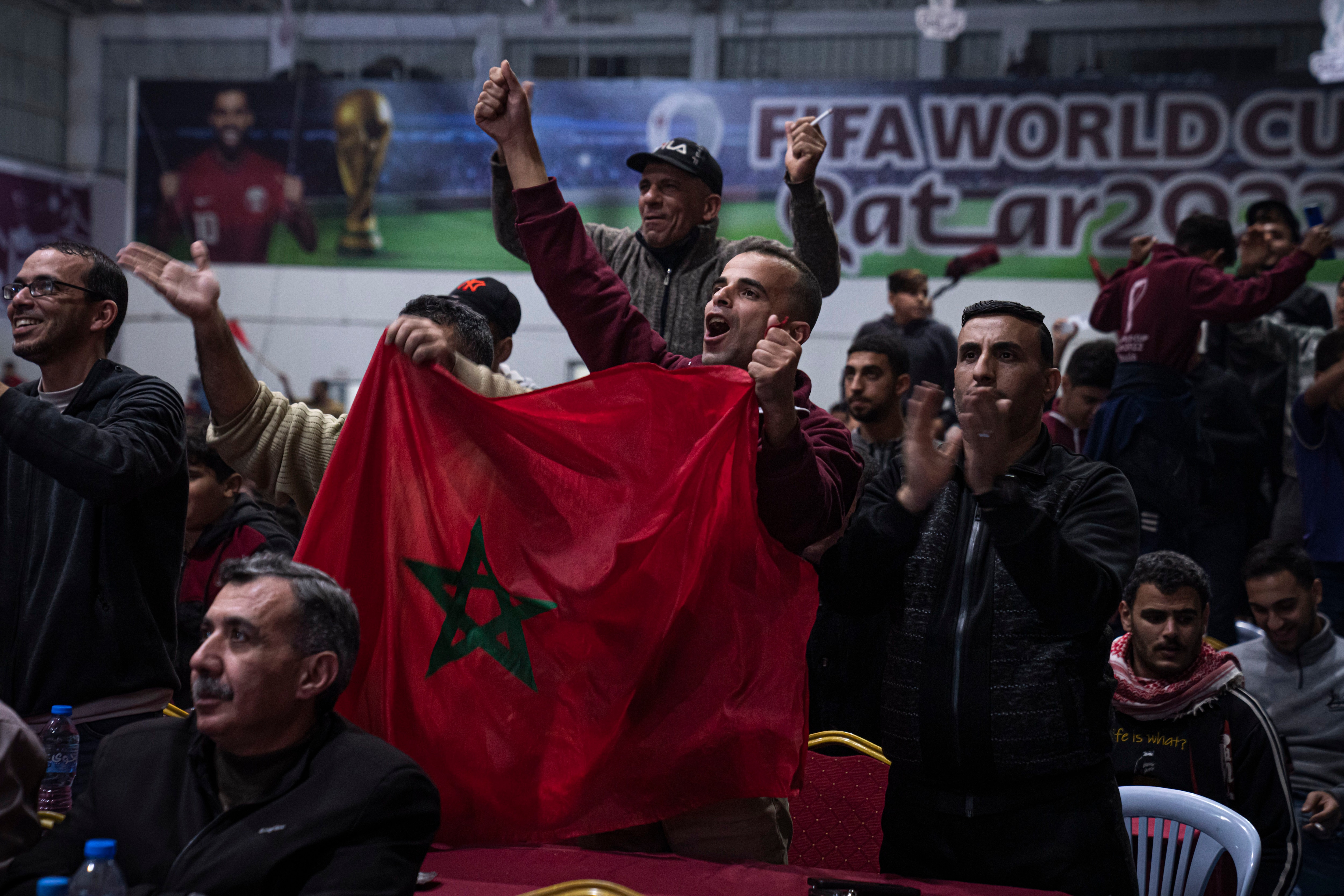 BEIRUT – Morocco fans in the Arab world took philosophical note of the North African side’s 2-1 defeat by Croatia in Saturday’s World Cup third-place play-off. The team had already made history by becoming the first Arab and first African team to reach the semi-finals of the international football tournament.

Wednesday’s loss to France dashed fans’ hopes that Morocco would become an underdog champion, but many had hoped they would at least finish third in the clash against Croatia.

In the Moroccan capital, fans of the national team expressed disappointment after Saturday’s defeat but expressed pride in the team’s historic achievement.

“They remain champions in our eyes,” said Soukaina Makkaoui, a fan in Rabat. “They are now in the top four teams in the world.”

Ali Hachimi, another Moroccan fan, was both proud and sad.

“We would have liked to have finished third because the players deserved it after giving everything,” he said.

Along the way, the Moroccan team enchanted many Arab football fans, who saw the team as a reflection of themselves, with players waving the Palestinian flag and celebrating after their victories in the field with their mothers and children.

Seeing the Palestinian flags fluttering in the stadium “was an indescribable feeling,” said Ibrahim al-Lilli, who was among thousands of fans in the Gaza Strip on Saturday who gathered to cheer for Morocco.

The games confirmed that the Arab street “supports the Palestinian cause, regardless of what their governments do,” he said, referring to the Abraham Accords normalization agreements that four Arab countries – including Morocco – signed with Israel in 2020.

Fans in the besieged enclave of Gaza found grim consolation that the North African Arab country had come this far.

“It’s a defeat, albeit with a touch of victory and joy,” said Ahmed al-Najjar, another Gaza supporter.

In Beirut’s Tarik al-Jdideh district, where fans also cheered for Morocco, Muhammad Shaalan said the team’s fourth-place finish was still a point of pride for the Arab world.

“They came to the finals and beat three of the best big European teams (Belgium, Spain and Portugal),” he said. “I bow to them as an Arab team.”

Britain should "take a meaningful position" and regard China as a "significant threat".