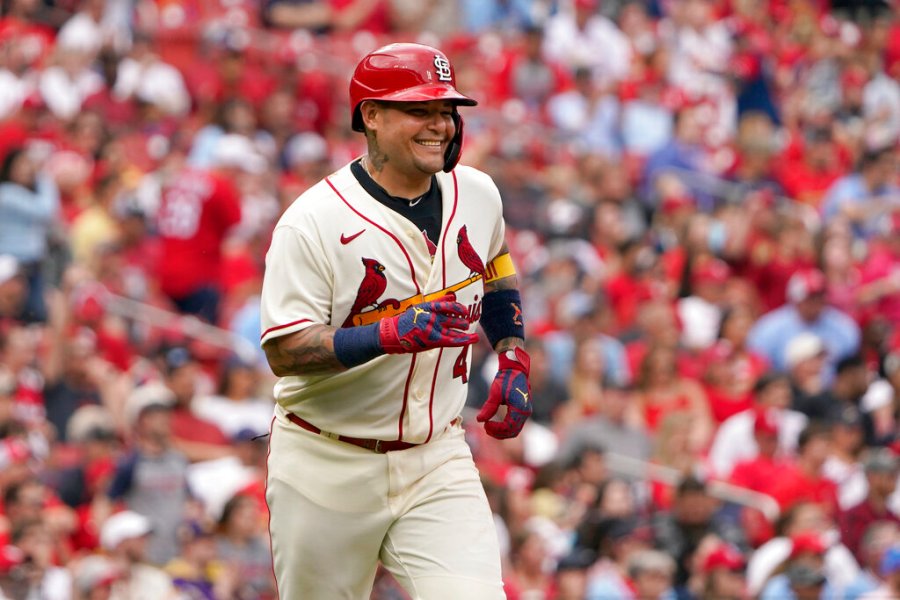 ST. LOUIS — Yadier Molina is returning from the bereavement list and two pitchers will return to the St. Louis Cardinals ahead of Thursday’s series opener with the Milwaukee Brewers.

Molina missed the last two Cardinals games against the Blue Jays while attending to a family matter. In his last game, he pitched the final inning of the Cardinals’ 18-4 win over the Pittsburgh Pirates last Sunday.


Kodi Whitley and Jake Woodford recalled from Triple-A Memphis. Whitley and Woodford combined for a 3-0 record in relief with 4.50 and 2.08 ERAs respectively.

In corresponding moves, the Cardinals have optioned catchers Iván Herrera and Junior Fernandez to Memphis. Pitcher Jordan Hicks was also placed on the 15-day injured list due to a right forearm flexion injury.

The Cardinals open a crucial four-game divisional series against the Milwaukee Brewers on Thursday. A division lead is at stake for this series as the Brewers lead the NL Central by 3.5 games.