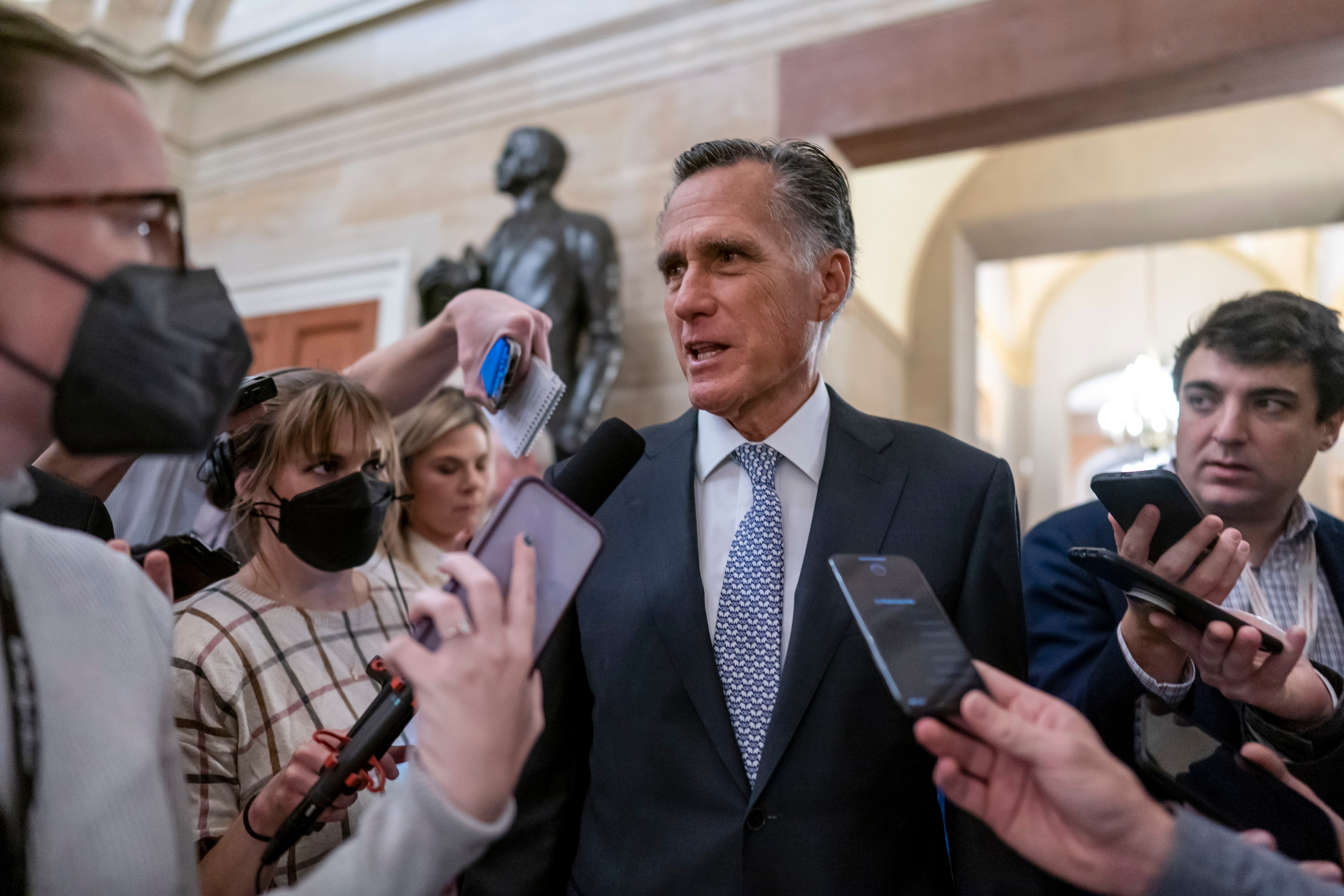 The LDS Church said it supports the Respect for Marriage Act after it was amended to include exclusions for religious organizations.

The US Senate took a crucial step Wednesday afternoon to move forward legislation that would codify same-sex marriage nationwide.

A bipartisan majority in the US Senate — with 12 Republicans, including Senator Mitt Romney of Utah, joining all 50 Democrats — voted 62 to 37 to begin debate on the Respect for Marriage Act, signaling that the legislation is likely to be passed in the Chamber later this week.

in one expression On Wednesday, Romney hailed the efforts of Sens. Tammy Baldwin, D-WI, Susan Collins, R-ME, and others who sponsored the bill.

The Senate’s latest version includes an amendment that grants some exceptions to religious groups. According to the Senate amendment, religious organizations “should not be required to provide services, housing, benefits, facilities, goods, or privileges for the celebration or celebration of a marriage.”

The change is likely one reason The Church of Jesus Christ of Latter-day Saints issued a statement Tuesday in support of the bill, adding that its doctrine on “marriage between a man and a woman is well known and will remain unchanged.”

“We are grateful for the continued efforts of those working to ensure that the law respecting marriage includes adequate protections for religious freedom while respecting the law and safeguarding the rights of our LGBTQ brothers and sisters,” the church said in a press release.

[Read: In a stunning move, LDS Church comes out for bill that recognizes same-sex marriage]

Despite the religious exception in the amendment, not everyone was convinced the protection would be enough.

I offered to support the bill if the sponsors would include my amendment to prohibit the government from removing tax-exempt status based on religious beliefs about same-sex marriage (for or against). The sponsors stubbornly refused to even consider it. Why?

Ahead of Tuesday night’s vote, Lee tweeted from his personal “Based Mike Lee” Twitter account that the religious protections were “severely anemic” and that he would vote for the bill if it included an amendment banning religious groups from Losing tax-exempt status over same-sex marriage beliefs, though he argued the bill’s sponsors “adamantly refused to even consider it.”

In a statement Wednesday, after voting against moving the law forward, Lee said the legislation “does not simply codify Obergefell, as its proponents claim.”

“Religious Americans will face potentially ruinous litigation, while the tax-exempt status of certain charities, educational institutions and non-profit organizations will be threatened. My amendment would have strengthened these weaknesses. It’s a shame it wasn’t there,” he added.

The Respect for Marriage Act would also repeal the Defense of Marriage Act 1996, which defined marriage as the legal union between a man and a woman. In the years since, the US Supreme Court has ruled portions of the bill unconstitutional.

All four members of the Utah U.S. House of Representatives — Representatives Blake Moore, Chris Stewart, John Curtis and Burgess Owens — were among the 47 Republicans who voted to pass the law in July. After that summer’s vote, Curtis released a statement saying, “I don’t think the federal government should violate a person’s choice of whom to marry.”

“I proudly voted to codify these vitally important safeguards in July, and I look forward to voting again for this legislation,” Stewart told The Salt Lake Tribune on Wednesday.

Utah first allowed same-sex marriage in 2013, when a federal court ruled that Utah’s ban was unconstitutional and was immediately overturned. The decision prompted hundreds of people to rush to their county clerk’s office to obtain a marriage license. A month later, however, the US Supreme Court granted a stay of the sentence, stopping the issuance of new marriage certificates for same-sex couples.

The Supreme Court later ended the stay in October 2014 and reinstated same-sex marriages in Utah. In 2015, the nation’s Supreme Court ruled in Obergefel v. Hodges that same-sex couples have the right to marry nationwide.

That ruling also prompted Utah State Senator Derek Kitchen, Utah’s only openly queer legislature, to advocate for the protection of same-sex marriage in Utah. If the Supreme Court overturned Obergefel, same-sex marriage would be illegal again in Utah, as the state still has a statute and constitutional amendment on the books prohibiting these marriages.

“We need to protect the right to marry at the state level because we don’t know what’s going to happen at the federal level as the Supreme Court,” Obergefell said during the press conference at the Utah Capitol. “We deserve to be treated equally. We deserve to be part of ‘We the People’.”