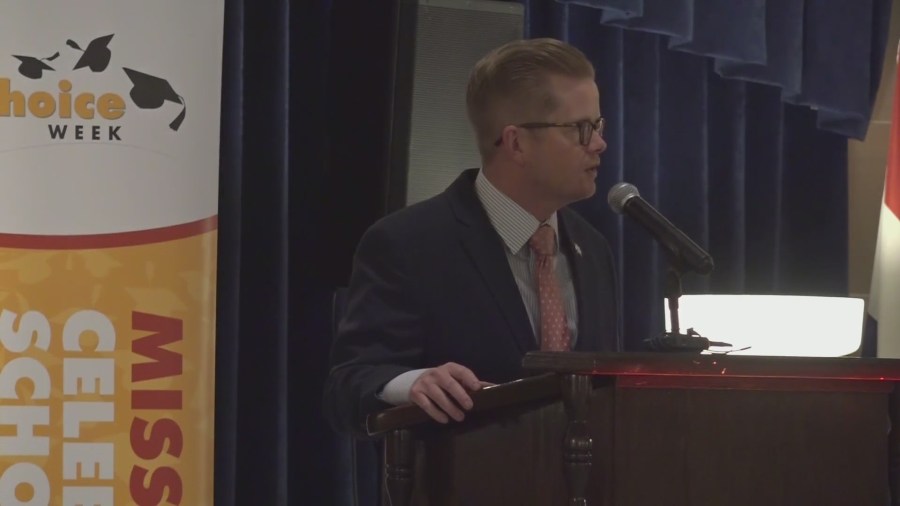 JEFFERSON CITY, Mo. — Some lawmakers want to authorize school choice in Missouri and allow students to go to a school district outside of the current one in which they live.

School choice is a priority for some GOP lawmakers this legislature.

Trending: How to get a free Chick-fil-A sandwich in the St. Louis area this week


For many, the discussions boil down to financial concerns.

“People who are disadvantaged, who work two or three jobs just to pay rent, don’t have the money to go to the neighboring county to spend eight thousand dollars or whatever to pay tuition,” Sen said Rick Brattin (R Harrisonville).

“There are many more students who are left behind in these school districts than those who chose to transfer, and those kids may now have fewer resources to fix those schools,” said Sean Kirsey, superintendent of Camdenton School county .

The legislation would not require school districts to opt for the open public school enrollment law, but if they do, students could transfer to a new district if approved, and funding would follow. There is concern that more schools could close doors.

“It’s going to happen if you enroll openly,” said Mike Wood of the Missouri State Teachers Association. “You can’t prevent it. It will take place and kill some of our communities.”

Hours after a Senate hearing earlier this week, supporters of school choice gathered in the rotunda.

“Instead of going to actual school, the kids distract you and you have to fit in with everyone instead of really focusing on your career and what you need,” said Ranyilla Nathaniel, a ninth-grade freshman at a public online school MOVA.


“She didn’t do so well in public school. Now she’s getting A’s and B’s right now,” Tarver said.

If the School Choices Act is passed, students who are athletes would have to sit out a year before they could participate. The bill requires a final vote by a Senate committee before proceeding.

https://fox2now.com/news/missouri/missouri-gop-lawmakers-push-for-support-of-school-choice-bill/ Missouri GOP lawmakers are pushing for support of the “School Choice” bill.