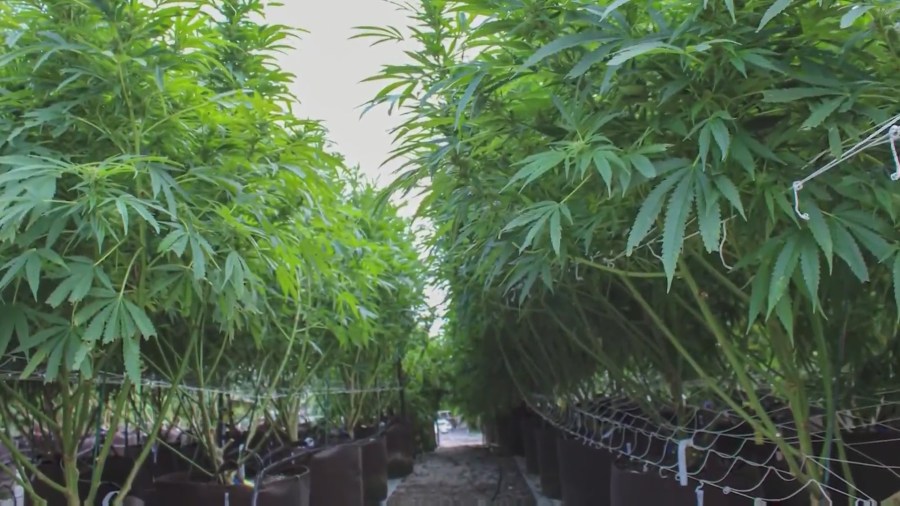 JEFFERSON CITY, Mo. — Recreational marijuana is now legal in Missouri for those 21 and older, but you won’t be able to buy the product until next year.

Last month, voters decided to join 20 other states in legalizing recreational cannabis. Now the Department of Health and Senior Services (DHSS) is working to allow pharmacies, breeders and manufacturers to expand their businesses, meaning consumers can buy products in the coming weeks.

The state’s constitution was officially amended last Thursday to include more than 30 pages of Amendment 3, which would allow people age 21 and older to possess up to three ounces of weed.


Lyndall Fraker is the director of the state’s medical marijuana program and now oversees the recreational side until the DHSS can hire a new director, making Fraker the director of public relations for the Division of Cannabis Regulation.

“We will review how they were operating at this point,” Fraker said. “It’s going to be a very simple review, and it won’t be as comprehensive as, say, renewing their three licenses.”

Dispensaries, cultivation and manufacturing licensees apply for a comprehensive license to sell both medical and recreational marijuana. Under the constitution, the state has until February 6 to approve these requests, but it could happen sometime in January. He said half of all licensees have already applied to sell leisure time.

“It’s possible, but it will take time to review all the applications and we want to do it in bulk so everyone is on the same playing field,” Fraker said. “We are planning a review, as the Constitution requires of us, and we certainly expect all to be approved. Well over half of the 370+ licensees we currently operate have applied.”

In order to be able to take over the workload for processing the applications, the cannabis department of the DGSS must be expanded.

It’s also up to the department to approve Missourians who wish to grow their own cannabis at home outside of the medical program. Those granted a home cultivation license can have up to six flowering plants, six clones, and six seedlings.

Later next year, the department will issue 144 new small marijuana businesses statewide. Proponents said it would be a way to diversify the industry.


Licenses will be split across the eight congressional districts, allowing each district to receive six new licensees during each wave. Under the voter-passed referendum, a “chief equity officer” would establish a program dedicated to communities impacted by the marijuana ban in the licensing process and offer resources to those interested in licensing. Fraker said the department plans to hire the chief equity officer after the new year.

“It’s intended to allow the industry to become as diverse as possible for the different types of groups of people who want to be a part of it,” Fraker said. “Also, the micro-enterprises will do business with each other. They can sell to anyone but the manufacturer, and the cultivation license can only sell to another micro-enterprise dispensary.”

Medical marijuana will continue to be taxed at 4%, but recreational will have a 6% state tax, and local communities can add another 3%. Fraker estimates that cannabis could become a $1.2 billion industry in Missouri.

“The black market, we’re told, was a roughly $500 million industry before our medical program,” Fraker said. “We now know that the medical program is around $400 million, so we know that we certainly took a product that was totally illegal, untested, unsafe and untaxed and turned it into something that is tested, safe and taxed. “

Since the medical marijuana industry opened up to patients two years ago, the state has raised about $495 million and sent about 5% of that, or about $27 million, to veterans’ health services. There are about 204,000 licensed patients and 3,000 caregivers in Missouri, according to DHSS.

Under the amendment, 2% of the 6% sales tax goes to the Veterans, Health, and Community Reinvestment Fund, then one-third of the remaining balance goes to the Missouri Veterans Commission, another third goes to the Missouri State Public Defender program, and the remainder goes to the DHSS to provide grants to improve education and resources for drug addiction treatment and overdose prevention. Though it’s legal, Fraker reminds us that marijuana isn’t legal everywhere.

“That doesn’t mean it can be made public to be seen on the sidewalks,” Fraker said. “It would be areas that are designated for this. All the same perimeters that are in place for medical purposes are still in place when it comes to public consumption.”

One place where marijuana is not allowed is in universities and colleges. Last week, the day before Amendment 3 went into effect, the University of Missouri’s system sent out an email reminding students, staff, faculty and visitors that cannabis, both recreational and medicinal, was nowhere is allowed on campus.

Since Amendment 3 was passed, Fraker said fewer people have applied for health cards.

“Many of those who were seeking an annual extension now know that the medical extension is moving to a three-year extension, so we don’t see those extensions and we believe there will be many who won’t, not with any medical patients be more,” Fraker said.

Instructions and details for the micro-enterprises will be available on June 6th, 2023 and applications will be accepted from September 4th.

Another part of the referendum, nonviolent marijuana offenses will be automatically erased, but those currently in prison or on probation must petition the court to have their sentences overturned and their records erased.

https://fox2now.com/news/missouri/missouri-health-department-half-of-all-medical-cannabis-licensees-have-applied-to-sell-recreational-pot/ Missouri Department of Health and Human Services: Half of all medical cannabis licensees have applied to sell recreational cannabis