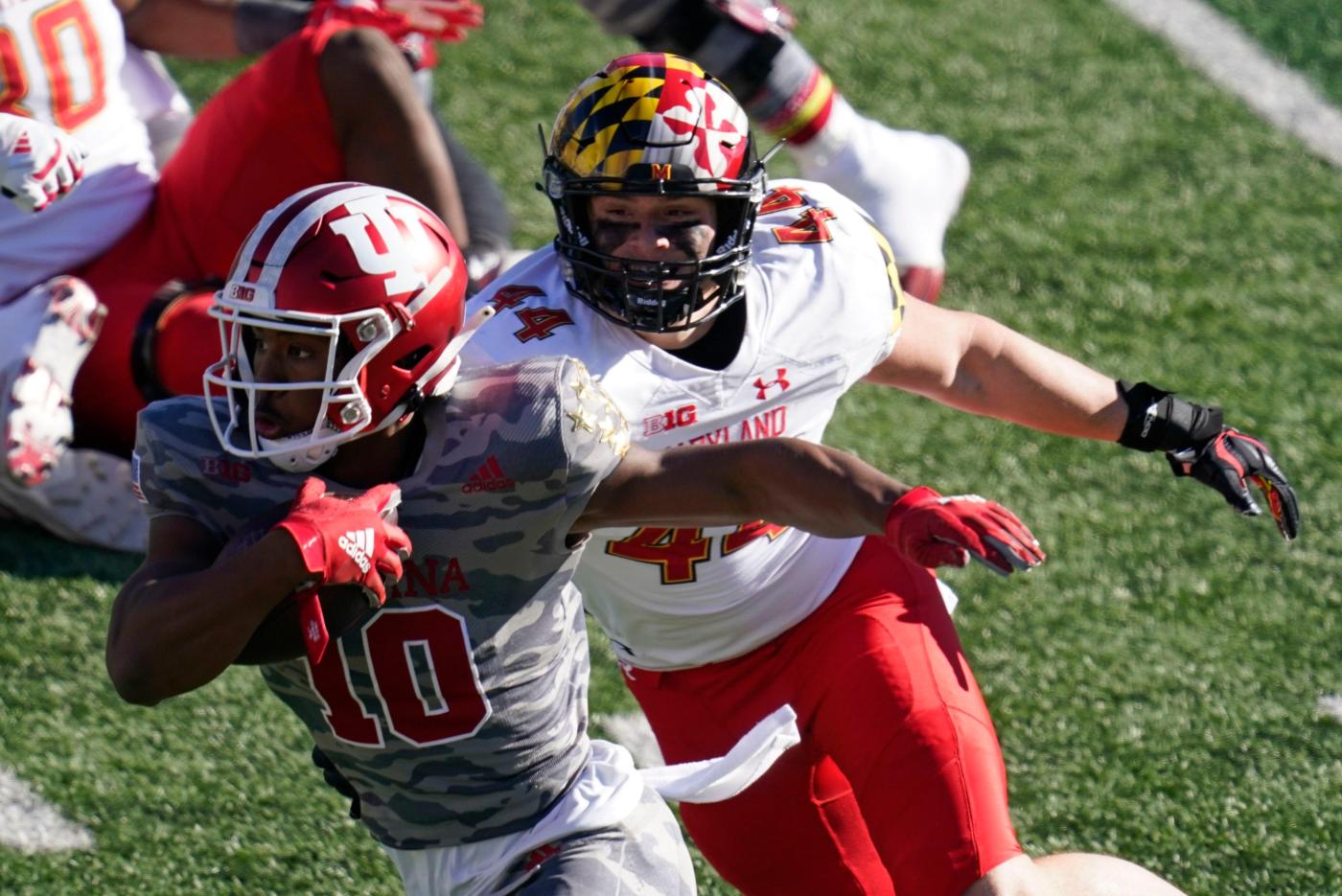 When Chance Campbell was a ninth grader at Calvert Hall Junior, Cardinals Defense Coordinator Vernon Southwick thought he would eventually contribute to the program one day.

The annual three-day League Draft begins next Thursday and Campbell, an Ellicott City resident and middle linebacker from Mississippi, is forecast as a possible Day 3 pick.

Said Southwick: “He’s smart off the charts. He’s an excellent young man and I hope he gets drafted. It’s hard to get rid of a guy who can go out there and know all the positions. He has that kind of intelligence.”

Campbell also has the physical skills. The former University of Maryland player started in 13 games for Mississippi last season and had 109 tackles, including 12.5 for losses, six sacks and three fumble recoveries.

At the Scouting Combine, Campbell impressed with a vertical jump of 39.5 inches and a long jump of 10 feet, 7 inches.

Campbell ran the 40-yard dash in 4.57 seconds, meaning he can run from sideline to sideline, which is a necessity in the passing-prone NFL these days.

He’s also one of those fast-twitch, energetic guys who can shoot gaps to gain mid-game penetration. But his detractors say he sometimes plays too high and often focuses on a quarterback’s eye, making him an easy target in the passing game.

“There are always areas that need further polishing,” Campbell said. “I have to keep working to get out of the blocks but I think my strength is in versatility and I’ve always been productive. The league is fast and I can walk from sideline to sideline and I like to show that in passing, that will help me.”

His greatest strength might be intelligence. Often watching videos, Campbell finds it easy to analyze not just opposing attacks but his own defense as well.

Campbell made the transition from a five-man front in Maryland to a 3-2-6 formation in Mississippi. He had help from Rebels defensive coordinator DJ Durkin, who was formerly Campbell’s head coach in Maryland.

Southwick said Durkin’s relationship with Campbell was likely similar to the one he had with him at Calvert Hall.

By Campbell’s junior year, Southwick had built the defense around him. They shared ideas and concepts about game plans as easily as any of the Cardinals’ defense assistants, and Campbell suggested adjustments during games.

“When I was going through things, he was always asking questions,” Southwick said. “He had a lot of freedom to make calls and that doesn’t happen unless you have a special child. That was a huge benefit.”

“I’m not saying we didn’t fight, but he watched so many films and he was right 90% of the time,” Southwick said. “He was definitely a leader. In a way it was almost embarrassing as a coach because he was mostly right and was on the field.”

Campbell has been training for the past few months, including several weeks in Florida. The training does not bother him because it is the means to a lifelong dream. At weekends he is at home with his father Rick, his mother Kati; maybe his brothers Duncan and Trace and his sister Bailey will drop by.

“When I wake up in the morning it feels great because this is a different type of workout, the focus is different,” Campbell said. “I’m excited about the opportunity to play in the NFL and I know what I’m doing now is a necessary step.”