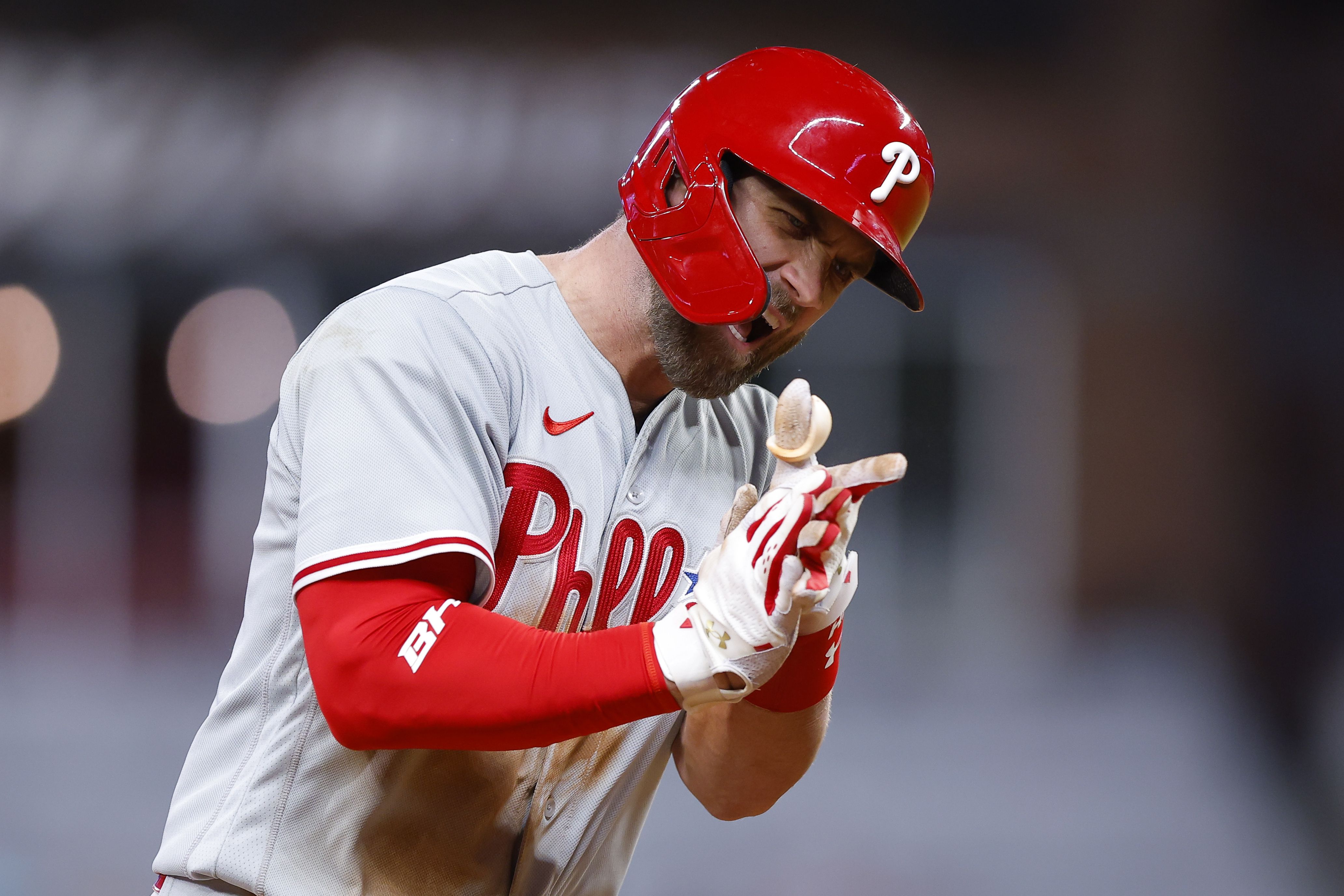 Major League Baseball has taken its fair share of criticism for changes that try to attract younger fans to the game, but there was one this season that drew rave reviews.

MLB has expanded that players can be miked and interviewed during games, having done so to a limited extent in 2017-20. It’s become a weekly event on ESPN’s Sunday Night Baseball and has spawned some funny moments.

“I’ve been pleasantly surprised that it has gained momentum and maintained it because it’s not the first time we’ve asked and had a collaboration,” said Phil Orlins, ESPN’s vice president of production. “To see this year kick off, along with a palpable excitement from the players to be a part of it, has been a pleasant breakthrough.”

Fox first conducted the in-game interviews with players during the 2017 All-Star Game in Miami. ESPN followed in spring training in 2018-19 before appearing in a limited capacity in the truncated 2020 regular season.

It was shelved last year due to strained ties with the MLB Players Association. But now that labor peace is back, mic’d up is back, with ESPN seeing the most benefits so far.

David Cone, an analyst at ESPN, said that players who have a microphone also give them an opportunity to show their personality and improve the game’s marketing.

“Their personalities need to be shown more like other sports and this is the best opportunity,” he said. “It’s great that the opportunity is there and has been embraced. Each of the players showed a side of their personality that you wouldn’t have seen otherwise.”

Players have also shown that they can continue to play at a high level with earphones and a microphone. The only comparison to what MLB and ESPN do is that NASCAR drivers are interviewed during races, but it’s done during cautionary periods, not when they’re fighting wheel-to-wheel for the lead.

“We don’t know what this player is going to say or what the result will be. We’ve had situations where Francisco Lindor gets a groundball and he was scared to death that he was going to boot him out while Max Scherzer was on the hill and he had a mic with us. And then the relief on the human side because he was happy he made the game,” said ESPN analyst Eduardo Perez.

Aside from Lindor discussing the intensity of New York Mets teammate Scherzer on the mound, Joey Votto from Cincinnati made an impromptu play-by-play from first base during the opening game against Atlanta.

Boston outfielder Kiké Hernandez debated whether he would throw home or to second base if he hit a ball to himself. When the Yankees’ Anthony Rizzo got a base hit down the middle, fans could hear Hernandez getting on the ball and then making a full-bodied throw home.

Lindor, who was provided with a microphone during a game against the Philadelphia Phillies on May 1, said there wasn’t much of an adjustment compared to what he usually does during a game.

“I talk during the games anyway, so it’s nothing else,” he said. “The fans get to hear a bit of interaction and how I’m processing the game, and that’s always fun for the fans.”

Three-time AL MVP Mike Trout is scheduled to be the mic-up player this week when the Los Angeles Angels host the Mets.

The only positions that haven’t made it yet are pitchers and catchers. ESPN announcer Karl Ravech also noted that if a referee did it for a week, it could also be interesting.

“We learned a lot about Bryce Harper when he was DH. He gave us so many insights from a star player that you wouldn’t get otherwise. And yet, for the most part, Harper is probably seen as a rather quiet guy. We got so much out of him because we’re talking about baseball, you know, his comfort zone.

Mic’d up will likely expand to other shows as well. MLB chief revenue officer Noah Garden said Fox will do so during next month’s All-Star game in Los Angeles, while opportunities also exist for Peacock’s Sunday afternoon games and Apple TV+’s Friday night coverage.

“We’ve always worked with our media partners to innovate our shows and I think it’s important for us to continue to do so. Those went well and you keep pushing forward,” he said.