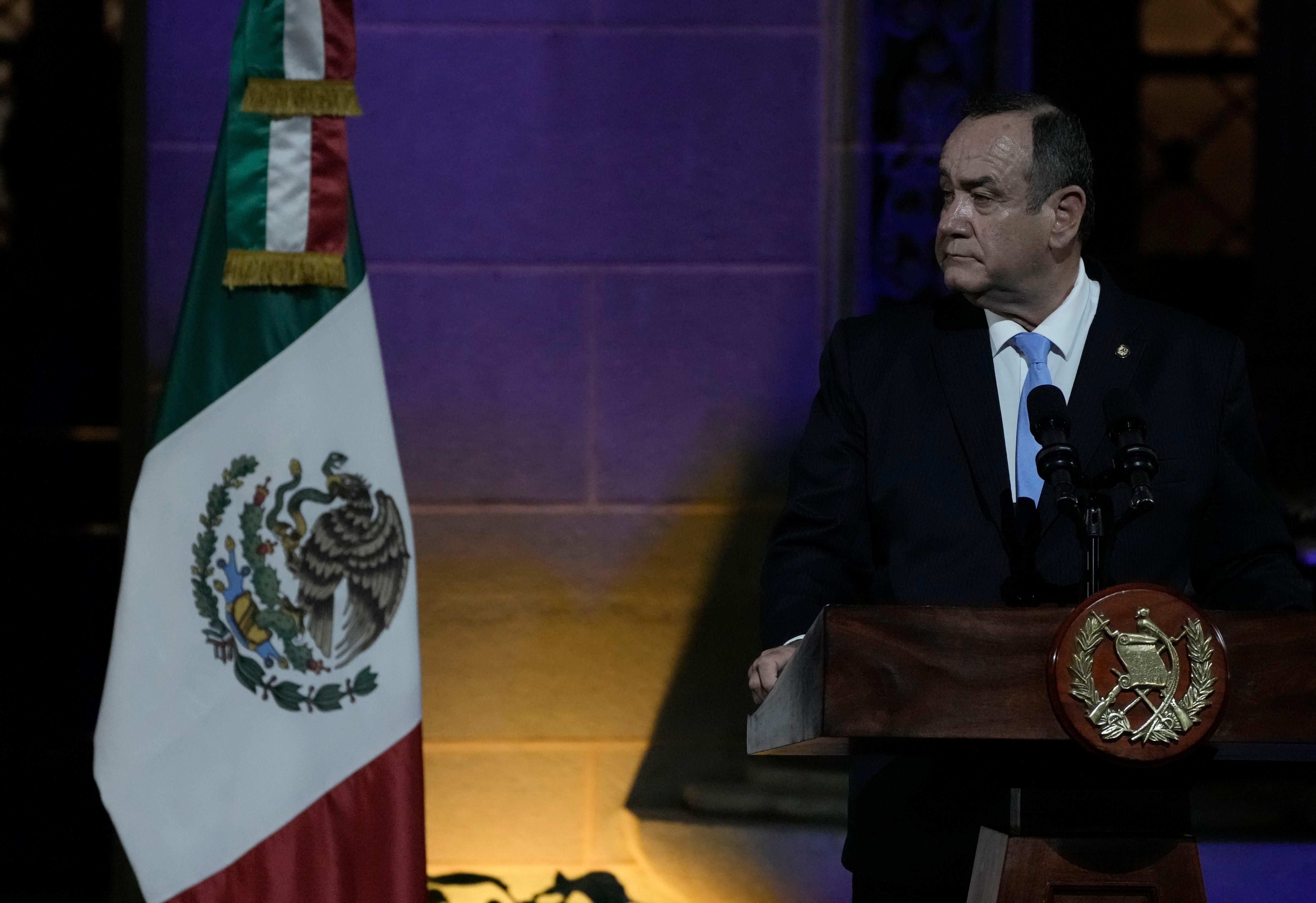 López Obrador slammed US officials for quickly sending billions to Ukraine while holding back development aid to Central America.

On his first stop in neighboring Guatemala, López Obrador called for US aid to curb the poverty and unemployment that are driving tens of thousands of Guatemalans north to the US border. The Mexican leader was upset that the United States had rejected his calls to expand his tree-planting program to Central America.

“These are different things and they should not be compared categorically, but they have already approved $30 billion for the war in Ukraine while we are waiting to ask them for a $4 billion donation since President Donald Trump and until nothing today. absolutely nothing,” said López Obrador.

“Frankly, it seems inexplicable,” he added. “For our part, we will continue to respectfully insist on the need for United States cooperation.”

Mexico has asked the US government to help fund the program, but so far it has not done so. Mexico is also promoting another program that trains young people in companies. Critics say both programs lack accountability.

Mexican Foreign Minister Marcelo Ebrard wrote on his social media accounts that the meetings with Guatemalan President Alejandro Giammattei and other officials focused on development, migration and strengthening bilateral ties.

For López Obrador, who likes to say that the best foreign policy is good domestic policy, this is only the third trip abroad in more than three years. The tour is an opportunity for Mexico to reassert itself as a leader in Latin America and will be welcomed by some leaders who are under pressure from the US government and others for their alleged anti-democratic tendencies.

Both geographically and metaphorically, Mexico sits sandwiched between the United States and the rest of Latin America. López Obrador has deflected criticism of the Trump administration for doing Washington’s dirty work by trying to stop migrants before they reach the US border.

López Obrador is sometimes received in Central America as a US envoy when it comes to migration policy.

The US government has been attempting to build a consensus ahead of the Americas Summit in Los Angeles in June to solidify a regional approach to managing migration flows. In recent years, many Central Americans, but also Haitians, Cubans, Venezuelans, Colombians and migrants from other continents have made their way to America.

The visit is an opportunity for López Obrador to show some independence from the United States. López Obrador has criticized the US economic blockade against Cuba and said he told US officials that no country should be excluded from the Americas summit. The Biden administration has signaled that Cuba, Venezuela and Nicaragua would not be invited.

Giammattei, meanwhile, has come under pressure from the US government for backsliding in the country’s fight against corruption – a campaign central to López Obrador’s image in Mexico.

López Obrador will continue to El Salvador, where President Nayib Bukele has faced international condemnation since the declaration of a state of emergency following a spate of gang killings in late March.

A visit from López Obrador, who prefers “hugs over bullets” when it comes to safety, is an opportunity to show he’s not isolated. El Salvador’s security forces arrested more than 24,000 suspected gang members in just over a month, and human rights organizations say there have been many arbitrary arrests.

In Honduras, new President Xiomara Castro has forged close ties with the Biden government. Last month, Honduras extradited former President Juan Orlando Hernández to face drug and weapons charges in the US. Castro is keen to boost the economy and create jobs, so might be open to Lopez Obrador’s proposals if there’s money behind them.

The president’s agenda in Belize is less clear, but his final stop in Cuba will be the most iconic. Cuban President Miguel Díaz-Canel visited Mexico last year for its independence celebrations.

López Obrador has ruled largely as a nationalist and populist, but he has positioned himself politically as a staunch leftist.