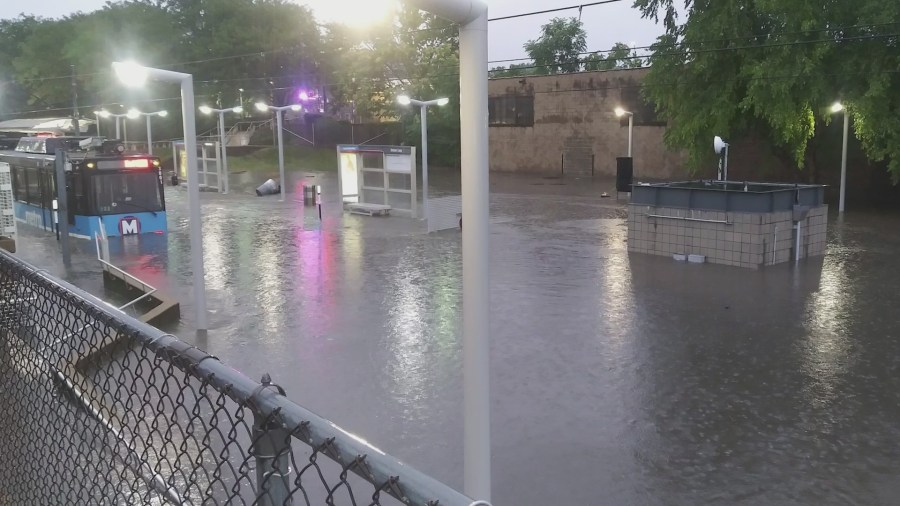 ST. LOUIS – Among those significantly impacted by historic rainfall on July 26, 2022 was subway transitby bus, Call-A-Ride and MetroLink Services all affected.

“Our crews have been on the road practically 24 hours over the past three weeks trying to get back on track,” said Taulby Roach, president and CEO of Bi-State Development, which operates Metro. “In fact, I have to congratulate our crews on getting the Red Line back up and running within 72 hours.”

Bi-State publishes a Time Lapse Video of what the flooding has done to MetroLink between Delmar Loop and Forest Park DeBaliviere stations. The tracks, platform and even a stalled MetroLink train were filled with water at the Delmar Loop Station. Damage estimates now total nearly $40 million systemwide, including preparations for future flood events and ongoing repairs.

“Several months, actually four to six months, we will be doing additional repairs related to traction and basic safety of the system,” Roach said.


While the red line’s MetroLink service is restored, the blue line is unable to operate due to damage to the MetroLink signal houses. Passengers have to be taken to red line trains, causing delays for everyone. From Monday, August 22nd All Blue Line and Red Line MetroLink services are back.

“We will be single tracking. So we’re going to be running trains on the red and blue lines and serving every single station,” Roach said.

This means that no more shuttles will operate for blue line passengers. All MetroLink Blue Line and Red Link services operates with a modified 20-minute standard service on weekends.

“We must thank the public for their patience while we worked through this extraordinary event,” Roach said.

As a reminder, the elevators at Forest Park-DeBaliviere station are out of service due to flood damage.