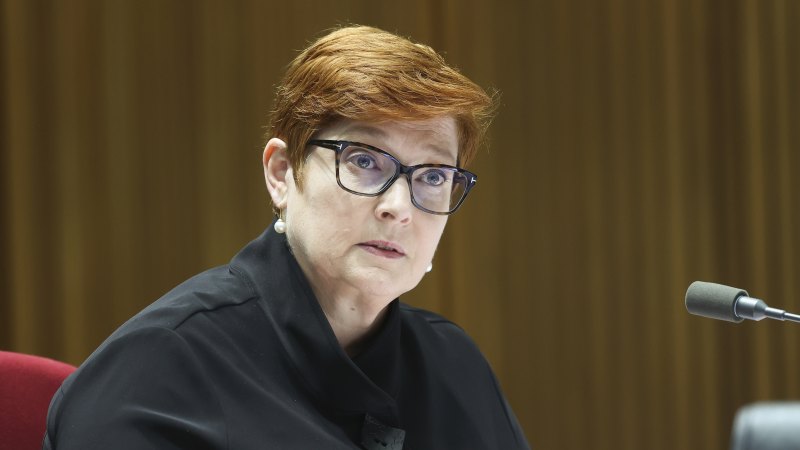 “The party is at rock bottom, it needs fresh energy,” said a source.

Dallas McInerney, chief executive of Catholic Schools NSW and powerbroker of the right-wing faction, is the frontrunner, replacing Molan, a revered former Army general who died on Monday at the age of 72.

Former Wentworth MP Dave Sharma, who is usually associated with the moderate faction, has been discussed as a possible contender for the position.

A Liberal source said the scramble for Molan’s Senate seat is “beyond the offensive” as his funeral service has not yet been held. Payne declined to comment.

Liberal MPs continue to question the future of former Prime Minister Scott Morrison, who remained in Parliament as MP for Cook.

“Morrison is a weight around the neck of the party,” said one Liberal MP. “As long as he’s still there, it’s hard for the party to continue.”

Several moderate sources said there was a “general understanding” that both Payne and Molan would retire after the NSW election, paving the way for McInerney to replace Molan and a moderate woman to replace Payne substitute.

Payne was re-elected to a six-year term at the last election, meaning she has the power to determine her future.

“I don’t think she’s in any rush,” said a Liberal source, adding, “I think she’s going to want to name someone to replace her.”

Gisele Kapterian, a former aide and solicitor to Julie Bishop who missed out on shortlisting for Bennelong at the last election, was also discussed, as was Maria Kovacic, President of the NSW Liberal Party, who unsuccessfully ran for Parramatta at the last election.

Jane Buncle, an attorney who ran for Warringah, has told party staff that she has no intention of running for the Senate seat from either Molan or Payne.

https://www.smh.com.au/politics/federal/pressure-on-marise-payne-to-retire-from-senate-20230118-p5cdim.html?ref=rss&utm_medium=rss&utm_source=rss_politics_federal Marise Payne under pressure to retire from Senate

From Stockholm with systematization

What was the “China Spy Balloon”? Why was the US concerned?