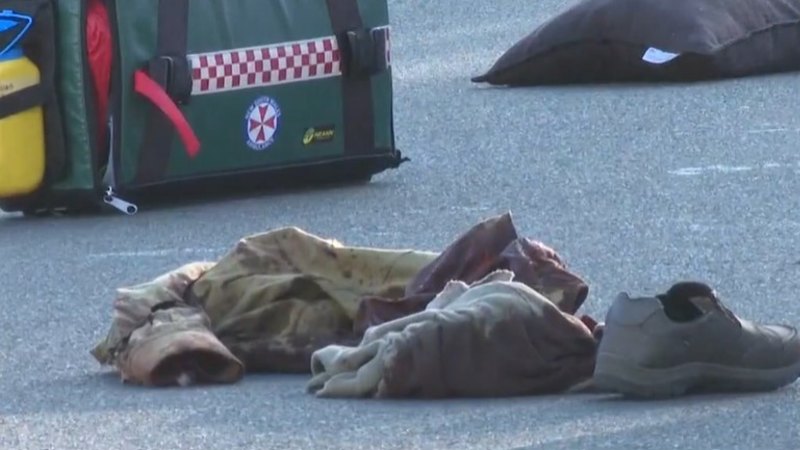 One man has been charged and another is in critical condition after a daylight stabbing outside a row of shops in western Sydney on Sunday.

Police were called to Sheffield Street in Merrylands at around 3.30pm where they found a 35-year-old man with multiple stab wounds.

He was bleeding profusely and in cardiac arrest when paramedics arrived. Paramedics stabilized him before taking him to Westmead Hospital, where he remains in critical condition.

Witnesses told Nine News the man was crossing the street when two men dressed in black approached and stabbed him repeatedly before kicking him in the head.

Critical care teams, including a doctor and paramedics, were nearby and able to provide expanded care on the spot.

After an investigation, police arrested a 31-year-old man at a nearby house on William Street.

He was taken to Granville Police Station and charged with aggravated assault with intent to murder.

He was denied bail and is due to appear in Fairfield Magistrates Court on Monday, where police will claim the men knew each other.

Police are asking anyone who has information that could help investigators to get in touch with them.

https://www.smh.com.au/national/nsw/man-charged-following-daylight-stabbing-in-sydney-s-west-20220808-p5b80g.html?ref=rss&utm_medium=rss&utm_source=rss_national_nsw Mann attacked, another critical, after attack in western Sydney