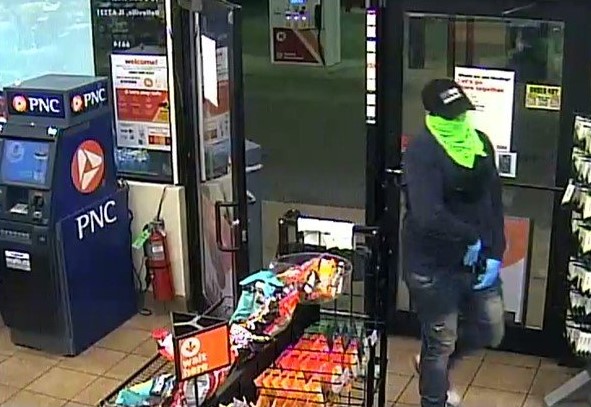 BELLVILLE, Illinois — Police are asking the public for help locating a suspected armed robbery on the Metro East.

According to the Belleville Police Department, the robbery happened around 12:30 p.m. on June 28 at the Circle K gas station at 10 South Belt West. A man confronted an employee, then pointed a gun and demanded cash from the register. The employee complied and the suspect got away with an undisclosed amount of cash. Nobody was injured in the robbery.