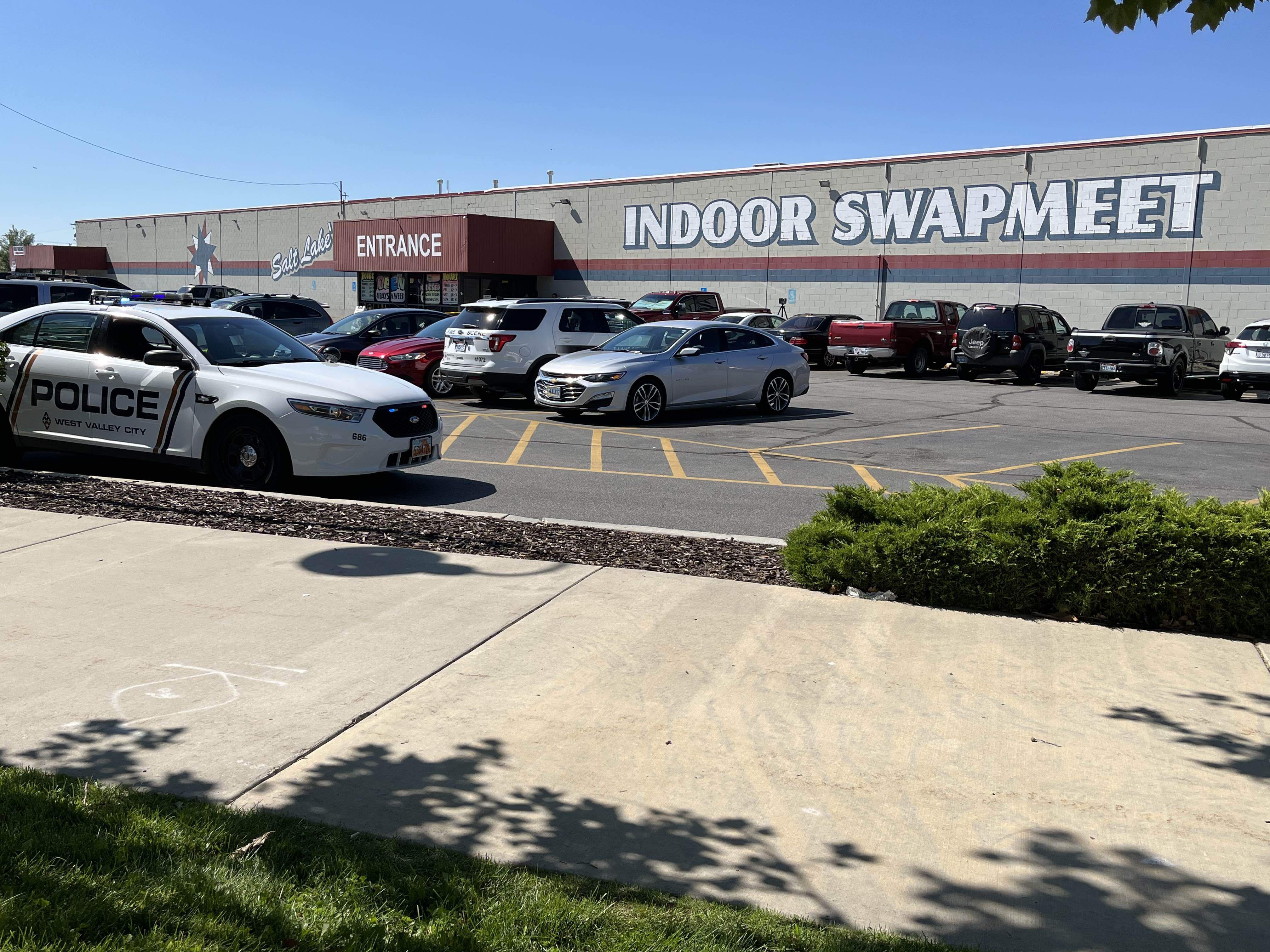 A man is in serious condition Sunday after he was shot by a police officer near 1500 West and 3500 South, according to sources West Valley City Police Department.

Just after 1 p.m. Sunday, officers were dispatched to a shooting near a Carl’s Jr. restaurant, where police said they found a 41-year-old man who had been shot, with the bullet grazing the man’s head.

Police said they found a suspect nearby who matched the description of the shooter.

After three Taylorsville Police Department officers arrived at the scene, “a West Valley officer confronted the suspect,” police said, and during that exchange “shots were fired.”

The man was hit by at least one bullet, was in serious condition and was taken to a hospital, according to police. No police officers were injured in the shooting. It is unclear whether the suspect also fired a gun or how many shots were fired.

An investigation into the shooting is ongoing and is being led by officers from the Salt Lake City Police Department, police say.

Sunday’s shooting was the 11th police shooting in Utah this year, according to a database maintained by The Salt Lake Tribune

This is an evolving story and will be updated.

https://www.sltrib.com/news/2022/08/07/man-serious-condition-after/ Man in serious condition after being shot dead by police in West Valley City

I'm a super fan of Dollar Tree - how I remodeled my bathroom with $1.25 items and it's rental friendly too