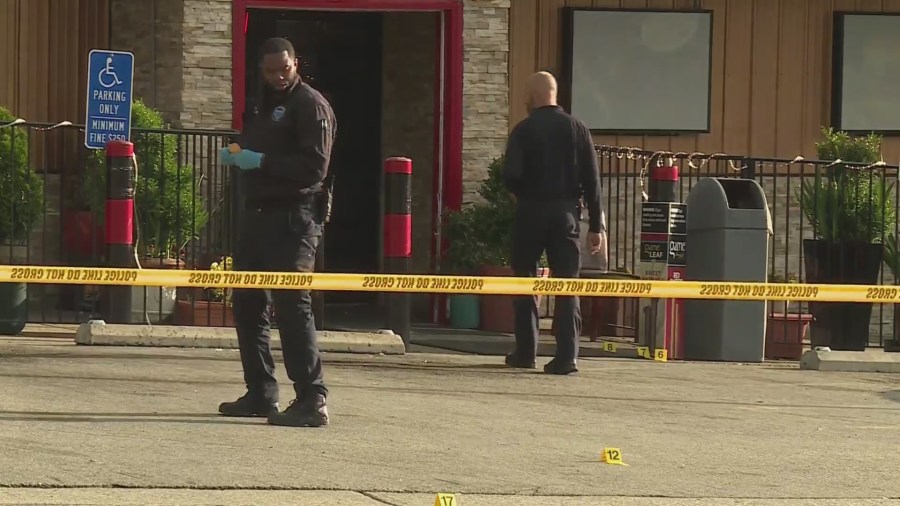 WELLSTON, Mo. — A few days after several people were injured in a shooting outside a St. Louis County grocery store, a suspect accused of stealing a person’s AR-15 rifle is now in custody before the shooting prosecuted as part of the investigation.

Police said the situation unfolded just before 3 p.m. Friday at the Wellston Food Market on the 6200 block of Page Avenue. Investigators say one person entered the market with a gun but did not use the gun in a threatening manner.


As the person with the gun left the market, a man approached the person and demanded the gun. The person complied and handed over the gun. Police said the robbery victim then went to a vehicle, took another gun and shot the suspect. A shootout broke out between the two parties.

According to court documents obtained by FOX2, Booker was caught in surveillance footage holding a gun to the gunman’s head before taking out the AR-15 and a jacket. Footage also showed him wielding a pistol he owned in addition to the stolen AR-15 rifle while several others were present.

Police say the victim of the stolen gun shot Booker, who was hit multiple times. That victim left the scene, but police believe another man returned moments later and also shot the man who was taking the gun.

During the shooting, two innocent bystanders were shot. Police say her injuries are not life-threatening.


Officers found Booker lying outside the store with multiple gunshot wounds. He was treated at a hospital for his injuries. Authorities served an arrest warrant for Booker on Tuesday. Booker is scheduled for a June 6 indictment hearing in the case.

According to Missouri court records, Booker is a convicted felon with a long criminal record. Previous charges include unlawful use of a gun in St. Louis City and charges of assault and child endangerment in St. Louis County.