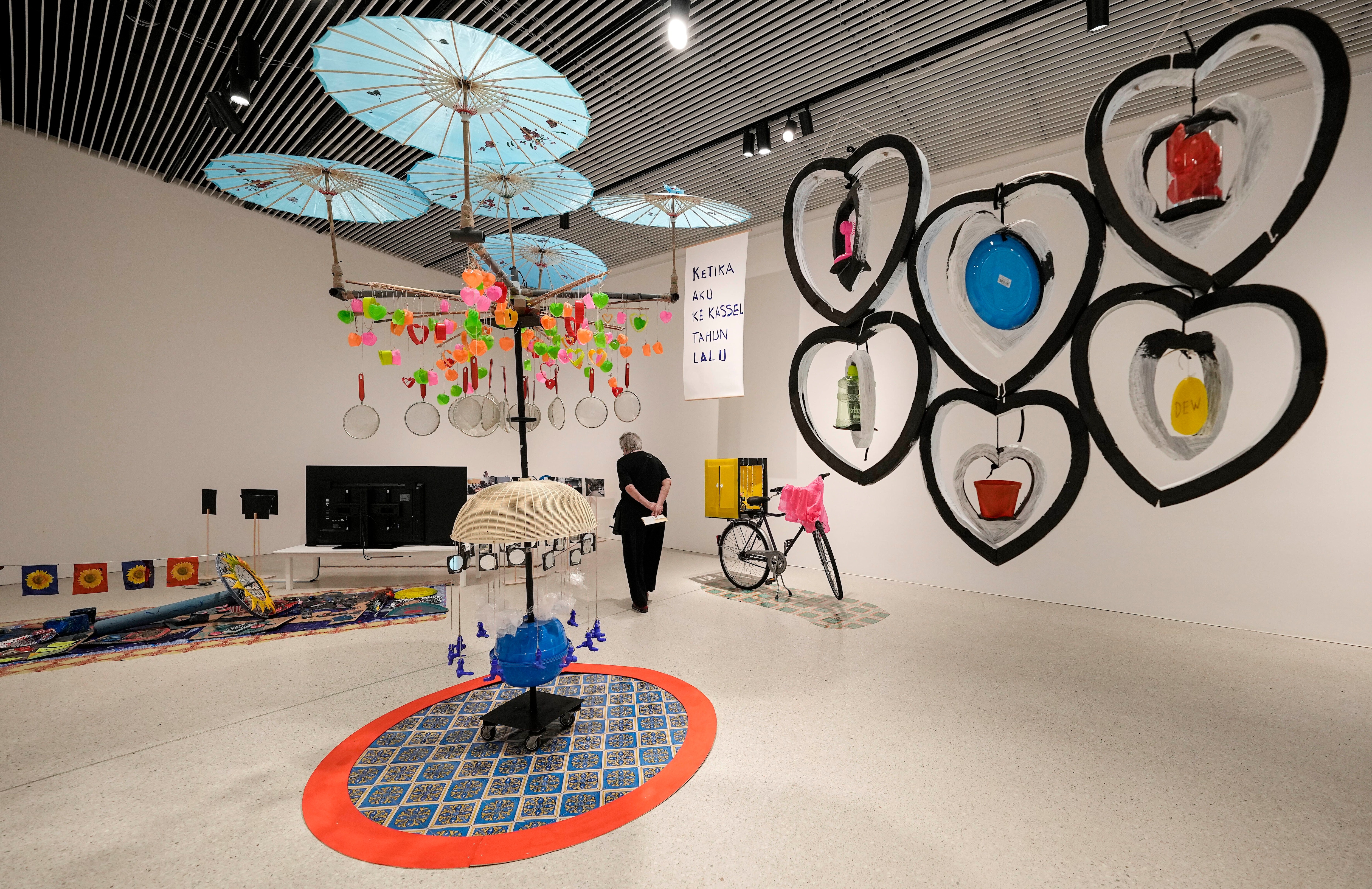 BERLIN – The Federal President has appealed to the organizers of this year’s documenta 15 art exhibition to do more against the allegations of anti-Semitism in connection with the event.

The show, which takes place every five years in Kassel, Germany and is considered a major event in the international art calendar, is curated this year by the Indonesian group Ruangrupa. The group has been accused of inviting organizations from developing countries that support a boycott of Israel over the country’s treatment of Palestinians.

Federal President Frank-Walter Steinmeier said on Saturday at the official opening of the exhibition that “there are limits” to what artists can do when dealing with political issues.

“As valid as some criticisms of Israeli policies, such as settlement building, may be, recognizing Israeli statehood means recognizing the dignity and security of the modern Jewish community,” he said.

“As Federal President, I say for my country: the recognition of Israel is the basis and condition for the debate here,” he added.

Steinmeier said he had hoped for a proper debate between representatives from developing countries and the Jewish communities in Germany and Israel in the run-up to the show.

He called on the documenta organizers not to outsource their responsibility to the Indonesian curators, but to take on the role of mediator and create “suitable structures” for the debate.

Many exhibits in the show address questions of colonialism from the perspective of the Global South.

Around 1 million visitors are expected at documenta five, which lasts 100 days.

Cost of Living: Wage increases will not keep pace with inflation, workers said