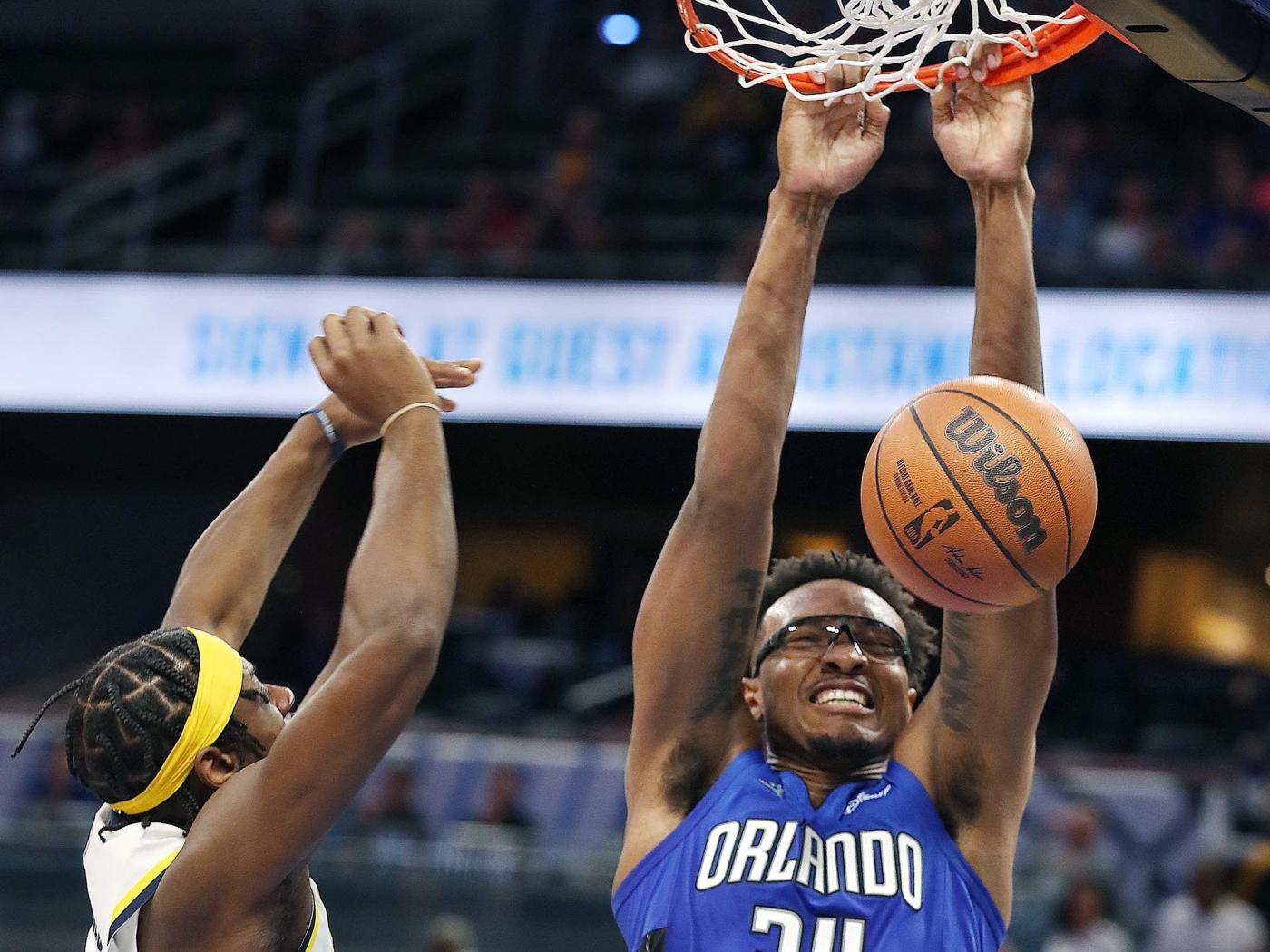 The on court progress Orlando Magic big man Wendell Carter Jr. made during the 2021-22 season was evident.

Carter averaged several career highs, including points (15), rebounds (10.5) and assists (2.8) and effective field goal percentage (57.6%) — a field-goal percentage formula that adjusts for 3-pointers being worth more than made 2- pointers.

He started to dominate the simple parts of the game while expanding his skillset on both ends of the floor as the season progressed.

“Wendell has already established himself this season as a top-ten center,” Jeff Weltman, Magic president of basketball operations, said during a recent appearance on FM 96.9 The Game’s Open Mike with the Orlando Sentinel’s Mike Bianchi. “Wendell’s numbers reflect tremendous growth, but his game isn’t reflected by his numbers.

“This is a guy who does everything that he does is about winning. Tremendous young guy. His future is entirely in front of him and all he does is lift his teammates up — on the court [and] off the court.”

It’s the off-the-court aspect of the game Carter believes he’s grown the most since the Magic traded for him in March 2021.

Even though he turned 23 years old less than two weeks ago, Carter, the no. 7 pick in the 2018 draft, was one of more veteran players who consistently played on a team that finished the season with nine players who started their NBA careers since 2019.

“Even though I’m one of the younger players in this league, being on this team with a lot of younger guys — first-year, second-year players — I just went through the same things they’re going through now,” Carter said. “Kind of just showing them through the ropes a little bit. What to expect, what not to expect. That’s the biggest jump I’ve taken.”

Carter’s leadership looked differently depending on the situation.

One day it’s winning an auction at the Orlando Magic’s Food and Wine Festival in late March to take his teammates to the Dominican Republic over the summer. Another day it’s speaking up in the locker room during halftime when they’re facing a deficit and not playing well.

Because of the team’s youth and chemistry, Carter feels emboldened to step up as a leader.

“With us being so young, we got the chemistry that kind of just came out of nowhere,” he said. “The next step for us would be being able to hold each other accountable and being able to respond from that. We’ll be able to grasp that pretty easily.”

Carter believes he can be one of the main guys who can hold others accountable going forward.

“I’ve already taken that first step by being that guy people follow by example,” he said. “The next step I can take is being that big brother to everybody. I feel pretty comfortable doing it now that we’ve created that relationship between all of us.”

This article first appeared on OrlandoSentinel.com. Email Khobi Price at khprice@orlandosentinel.com or follow him on Twitter at @khobi_price.