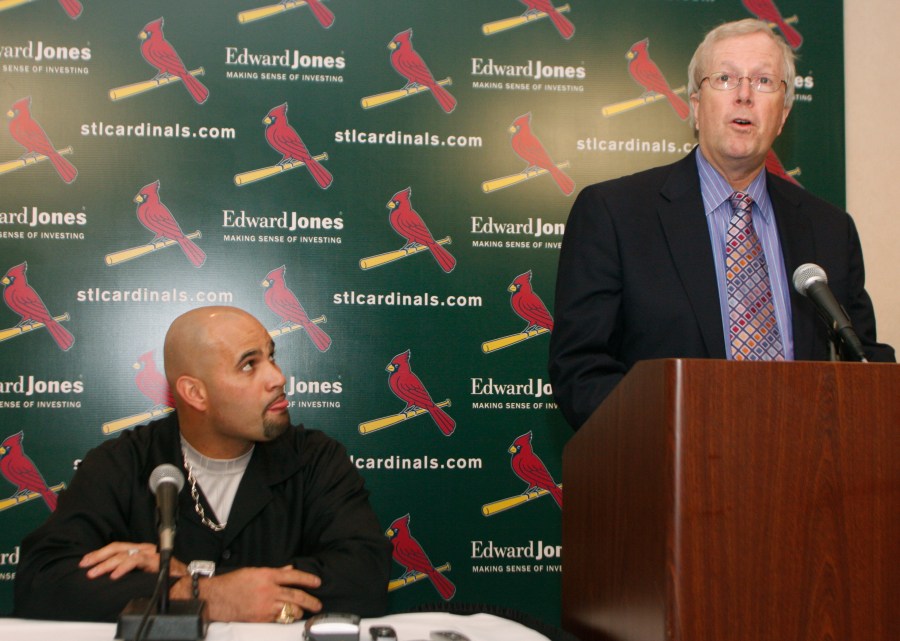 ST. LOUIS — It’s not only a farewell season for longtime St. Louis Cardinals greats Albert Pujols and Yadier Molina, but also for an award-winning storyteller who has closely followed their baseball career and hundreds of others.

Rick Hummel will retire from the St. Louis Post-Dispatch after covering the St. Louis Cardinals for 50 years. Corresponding STLToday.comHummel “plans to retire from his full-time duties at the newspaper during the off-season.”


Hummel, known by his nickname “The Commish,” first joined the Cardinals in 1973. In 1978 he became full-time manager of the Cardinals. Hummel was elected to the Baseball Writers’ Association of America in 1994 and once served as the organization’s president. He was later inducted into the National Baseball Hall of Fame in 2007.

Hummel will be covering a final home series of the regular season this weekend and the Cardinals’ upcoming postseason run before retiring from his bat. The Cardinals finish the regular season with six games against the Pittsburgh Pirates, three home and three away. The off-season starts one week from Friday.

Quickly Speed up your MacBook with These 5 Methods