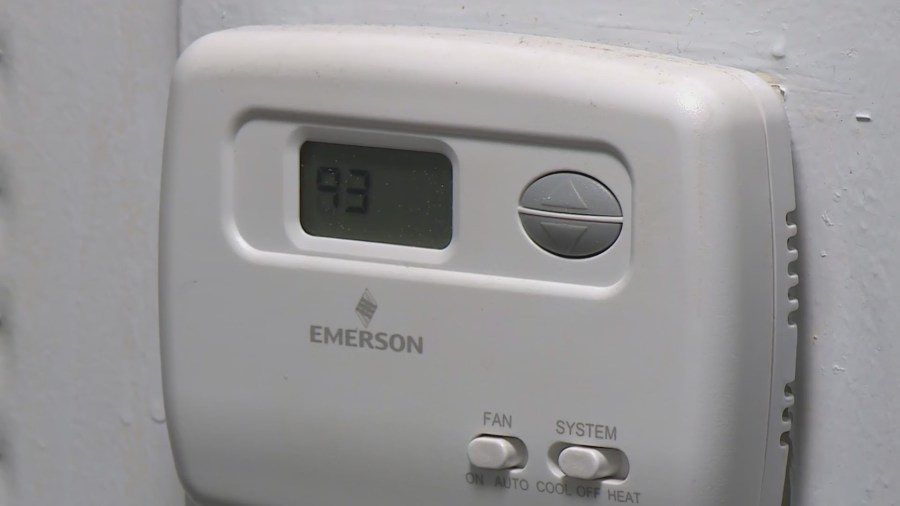 FERGUSON, Mo. — Dangerous heat in the St. Louis area prompted most people to stay indoors to cool off, but it’s not so easy for Pleasant View Garden Apartment residents like Cherrie Taylor.

Taylor spent one of the hottest days of the year trying to figure out why she was being evicted.


Like Taylor, Whitney Henry has the same problem at the Ferguson apartment complex. Henry said she didn’t have a working air conditioner.

“If I take you there now, my thermometer in my unit reads about 89 to 90 degrees,” she said.

Henry shares the apartment with her 10-year-old daughter, who has eczema.


Pleasant View Garden management declined our request for an interview.

“It’s 33 degrees and the lower the evening comes the hotter it gets,” said Henry Keep Calm.”

With no resolution or management response like Henry, all Taylor can do is hope that the air conditioner gets fixed.

“Just sit in the house, sit on the porch, and try to keep your cool,” Taylor said.