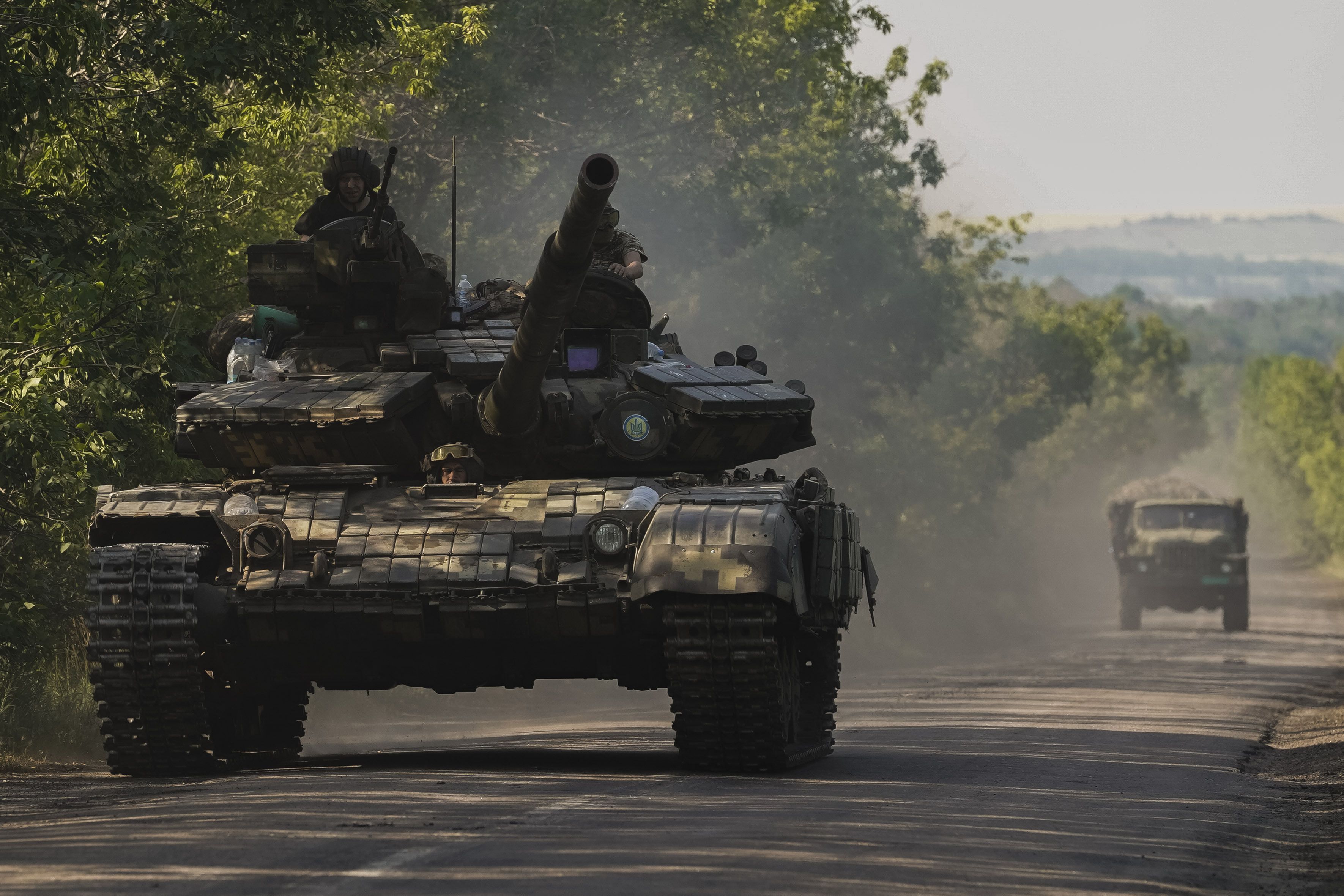 LONDON – The British government says Russia must accept responsibility for the “mock trial” of two Britons sentenced to death for fighting Russian forces in Ukraine.

Aiden Aslin, 28, and Shaun Pinner, 48, were convicted along with a Moroccan man by a court run by Russian-backed rebels in the self-proclaimed Donetsk People’s Republic, which is not internationally recognized.

The two Britons were members of a Ukrainian military unit and were captured in the southern port of Mariupol.

Government Secretary Robin Walker said it was “an illegal court in a sham government” but the UK would “use all diplomatic channels to argue that these are prisoners of war who should be treated accordingly”.

He said: “Russia must take responsibility, its responsibility under the Geneva Convention, for the treatment of prisoners of war.”

British Foreign Secretary Liz Truss will discuss the case with her Ukrainian counterpart Dmytro Kuleba later on Friday. Britain has not announced any plans to speak to Russian officials.

— Ukraine fears a long war could cause West to lose interest

— West denounces death sentences for 3 who fought for Ukraine

Kyiv, Ukraine — As Russia’s invasion of Ukraine enters its fourth month, officials in Kyiv have expressed fears that the specter of “war fatigue” could undermine the West’s determination to help the country roll back Moscow’s aggression.

The US and its allies have given Ukraine billions of dollars in weapons. Europe has taken in millions of people displaced by war. And there was unprecedented unity in post-World War II Europe in imposing sanctions on President Vladimir Putin and his country.

But as the shock of the February 24 invasion wears off, analysts say the Kremlin could take advantage of a protracted, deadlocked conflict and a possible waning interest from the West, which could result in Ukraine being pressured towards a deal.

ZAPORIZHZHIA, Ukraine — Volunteer drivers are risking everything to bring humanitarian aid to Ukrainians behind the war fronts — and to help many escape.

The routes are dangerous and long and drivers risk arrest, injury or death. Ukrainian activists say more than two dozen drivers have been arrested by Russian-backed separatists in the Donetsk region and have been held for more than two months.

In Donetsk and the Luhansk region, volunteer vans and minibuses are tearing through towns and rural roads to evacuate civilians while artillery shells rip through the air. Russian forces are stepping up their offensive in the regions.