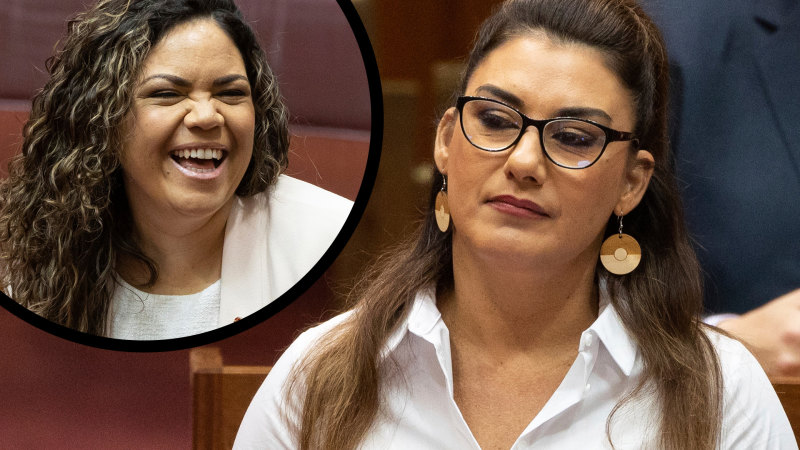 The Greens’ political position is to heartily advance all three elements of the Uluru Declaration — the vote of Parliament, a treaty with tribal peoples and a truth-telling process — while urging Labor to implement the outstanding recommendations spanning decades Royal Commission in Aboriginal Deaths in Custody and the bring you home Report.

But in comments adding to the confusion surrounding Green Party policy, Thorpe said it was wrong to describe the party’s position as broadly supportive of the vote.

“That’s not the position. The position is that we are in negotiations and we will not say we support something if it undermines our bargaining power,” she said.

She called on Labor to “provide legal evidence” from an international constitutional expert that Aboriginal sovereignty would not be abandoned by “incorporating it into the colonial constitution”, adding: “If we get evidence to the contrary – and we have no opportunity for contracts – then we do the wrong thing.”

A spokesman for Attorney General Mark Dreyfus said the vote would not affect sovereignty but would instead “improve the lives of Aboriginal Australians and Torres Strait Islanders.” It will ensure government hears from local communities about local solutions and how to address existing strategies that are not working.”

Thorpe’s tough bargaining position has been criticized as political gimmicks by Voice advocates, including by high-profile Aboriginal academic Marcia Langton, a leading member of the Albanese government’s Indigenous Voices referendum working group, which last year accused the Greens of agreeing to “impossible” trade demand. out.

Thorpe’s position also appears to be at odds with previous positions held by her federal colleagues, including leader Adam Bandt.

Ahead of last May’s federal election, Bandt described the voice of parliament as something that “cannot fail,” saying the party’s policy is “to improve, not block, vital laws” and that it will work to Truth, Contract and Voice.

“We may only have one chance at a referendum to enshrine a vote for parliament in the constitution,” he tweeted in April.

In October, Green Party Senator Sarah Hanson-Young said she would “do everything I can” to support the Yes case.

Asked if her position conflicted with the broader Green Party membership – polls by Resolve in December showed 85 per cent of Green Party voters supported the vote – Thorpe said she had professed support from the party’s grassroots First Nations network as Blak Greens, let guide.

“So if there is anyone who disagrees with this policy, then they have to pursue it with the Blak Greens,” she said.

Thorpe, who famously left the Uluru Dialogues in protest, has long advocated that deal making and truth-telling come first, not voice – a position she reiterated on Wednesday, saying: “This country needs to Know the truth before you vote on anything”.

She suggested that a treaty process could deliver dedicated First Nations Senate seats, which she says represent “real power” rather than an advisory body whose advice “was either accepted or not.”

Why did Glass Onion get a more mixed response after it was released on Netflix?