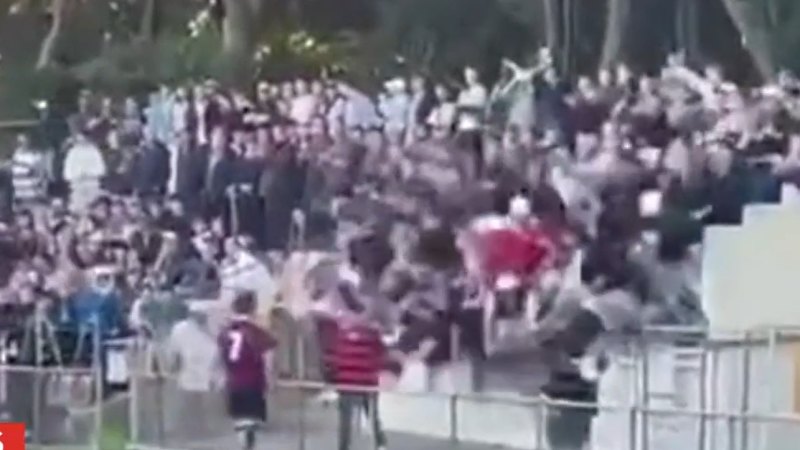 In May, the Inner West Council asked the state government to fund urgent work on the Oval, saying if the upgrades were not completed “it is not reasonable to play games there at all”.

However, the government has backed away from an apparent handshake agreement to carry out upgrades at the Leichhardt Oval and other suburban stadiums, instead diverting the money towards flood rebuilding.

Peter V’landys, chairman of the Australian Rugby League Commission, told the herald It is appalling that they are using the human tragedy of the floods to breach an agreement.

“When you consider the billions of dollars they spent in the last budget, the amount they need to honor our agreement is insignificant,” he said.

The railing collapse comes after a tumultuous week for Leichhardt Oval, which saw police called last Sunday when rocks and flares were thrown after an Australia Cup football match.

A Sydney FC spokeswoman said those involved in the fight did not see the game and were not wearing club colors at the time.